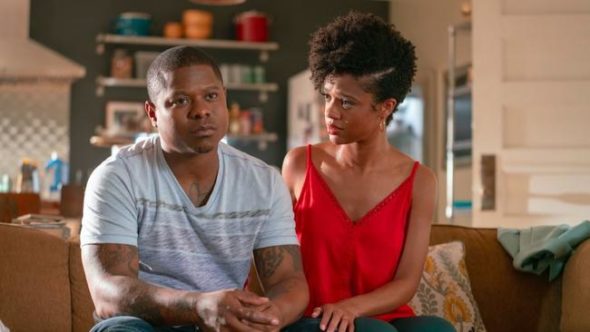 Showtime is heading back to The Windy City. The network just announced they’ve renewed The Chi for a third season.

“THE CHI revels in revealing the beating heart of the South Side of Chicago,” said Gary Levine, President of Entertainment, Showtime Networks Inc.  “We, like our viewers, have fallen in love with these characters and we remain eager to see where Lena and her fellow artists will take them in season three.”

Produced entirely in its namesake city, season two of THE CHI spotlights Brandon’s (Mitchell) ambitious plan for his food truck business. Emmett (Latimore) makes an effort to grow up and get custody of his son, while his mother Jada (Ross) discovers a new life of her own. Kevin (Hibbert) reckons with trauma as he strengthens bonds with his buddies. Ronnie (Mwine) attempts to reclaim his life, while Detective Cruz (Riesco) launches a new investigation. In addition to Waithe and Common, Ayanna Floyd Davis (Empire, Hannibal), Aaron Kaplan (Santa Clarita Diet, Divorce), Rick Famuyiwa (Dope), and Derek Dudley and Shelby Stone of Freedom Road Productions served as executive producers on season two. THE CHI is produced by Fox 21 Television Studios. To learn more about THE CHI, visit SHO.com and follow on Twitter, Facebook and Instagram. Join the conversation using #TheChi.”

What do you think? Have you seen The Chi? Will you watch season three?

Love it! Love it ! Love it!! Just discovered it when I got a free weekend of Showtime during Thanksgiving. Not only did I fall in love with it, I also subscribed to Showtime!!

Im sooooooo happy they are coming back with a 3rd season i cant wait it was the episode when Brandon was giving Kevin that haircut OMG i was in tears when he start crying about his Dad but this show is the best!!!

I need more plz season 3 and more love this show

Great show. Highlights the humanity and drama of everyday life on Chicago’s South Side. So glad that the show was renewed

Didn’t expect to like this. On the contrary, it is great the way it presents a very serious issue. Educational but not preachy. Love Kevin and his pals. Keep it going. Please.

I’m a huge fan of The CHI, I’m so engaged to find out what happened next, with all the characters! Lena and the team…my expectations are abound! Great job! I look forward to Season 3 ! Thank you, this is the city that I love!

Love this show. Happy it got renewed

I am the original chi town guy this was my hood I love the show especially Tuley park that was the place for kids to be so much fun programs ,gym ,woodshop even in winter there was ice skating for those who didn’t skate often tried to ride there bikes on the ice