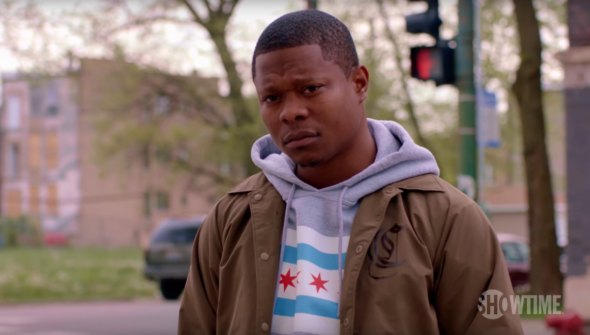 Showtime is headed to the Windy City. Today, the network announced the premiere date for their upcoming TV show The Chi.

LOS ANGELES – October 18, 2017 – SHOWTIME will kick off 2018 with the premiere of its new one-hour drama series, THE CHI, created and executive produced by Emmy(R) winner Lena Waithe (Master of None), and executive produced by Academy Award(R), Emmy(R) and Golden Globe winner Common (John Wick 2, Selma) and Elwood Reid (The Bridge, Hawaii Five-O). Reid also serves as showrunner. The series, which explores the humanity behind the headlines sensationalizing the South Side of Chicago, will premiere on Sunday, January 7 at 10 p.m. ET/PT.

Produced entirely in its namesake city, THE CHI is a timely coming-of-age story centering on a group of residents who become linked by coincidence but bonded by the need for connection and redemption. The ensemble cast includes Jason Mitchell (Straight Outta Compton), Jacob Latimore (Sleight), Ntare Guma Mbaho Mwine (Queen of Katwe), Alex Hibbert (Moonlight), Yolonda Ross (Treme, The Get Down), Armando Riesco (Bull) and Tiffany Boone (The Following). Kevin (Hibbert) is the pre-teen who must step past shattered illusions and embrace the normal rites of childhood, while Brandon (Mitchell) the dreamer makes his own nearly impossible leap of faith to succeed in life and love with girlfriend Jerrika (Boone). Emmett (Latimore) is the carefree teen is thrust into complex responsibility with guidance from his mother Jada (Ross), and Ronnie (Mwine) is the drifter whose struggle to love and be loved calls into question his every pursuit. Sonja Sohn (The Wire), Jahking Guillory (Kicks), and Steven Williams (The Leftovers) recur. In addition to Waithe, Common and Reid, Aaron Kaplan (Santa Clarita Diet, Divorce) serves as executive producer along with Rick Famuyiwa (Dope), who also directed the premiere episode, and Derek Dudley and Shelby Stone of Freedom Road Productions. The series is produced by Fox 21 Television Studios.”

What do you think? Are you a fan of gritty dramas? Will you watch The Chi?

so its the corner/wire set in Chicago instead of Baltimore