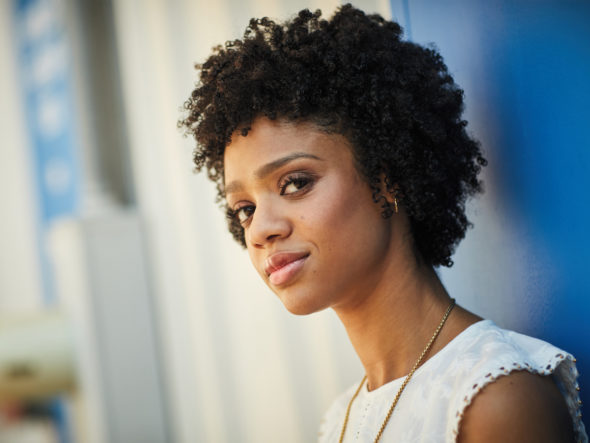 What’s next for the residents on the South Side of Chicago? Has The Chi TV show been cancelled or renewed for a second season on Showtime? The television vulture is watching all the latest cancellation and renewal news, so this page is the place to track the status of The Chi, season two. Bookmark it, or subscribe for the latest updates. Remember, the television vulture is watching your shows. Are you?

A Showtime Chicago drama from Lena Waithe, The Chi stars Jason Mitchell, Tiffany Boone, Jacob Latimore, Yolonda Ross, Ntare Guma Mbaho Mwine, Alex R. Hibbert, Armando Riesco, Sonja Sohn, Jahking Guillory, and Steven Williams. The story explores life on the city’s South Side. True to its name, the drama is shot entirely in Chi-Town. It follows a group of Chicagoans who, at first, are connected by circumstance, but begin to develop a bond, due to their loneliness, thirst for atonement, and hunger for a more meaningful life.

The first season of The Chi averaged a 0.25 rating in the 18-49 demographic and 705,000 viewers. Learn how The Chi stacks up against the other Showtime TV shows.

Will Showtime cancel or renew The Chi for season two? The numbers have been pretty stable and are decent for this cable channel. I supsect it will be renewed. For now, I’ll keep an eye on the Nielsens and update this page with breaking developments. Subscribe for free alerts on The Chi cancellation or renewal news.

1/30/18 update: The Chi is renewed for season two on Showtime. Details here.

What do you think? Do you hope The Chi TV show will be renewed for season two? How would you feel if Showtime cancelled this TV series, instead?

Hi, I just wanted to know if The Good Fight will be returning for it’s third season & what date?
Thanks very much.

Hi, I was just wondering if Growing Up Hip Hop Atlanta will be returning for another season? If so, what date?
Thanks ever so much.

Kindly leave an option for Chromecast Smart TV with YouTube TV which gives you both the DVR option and to view live, or other Apps that Neilson reviews. Thanks so much.

The only reason I have Showtime is because of The Chi……..
When will it return?

please bring back the second season the Chi I am a person who lived on the South side many years ago. I can relate to it.
I thought it was a good good series and would like to see it return.

I enjoyed Chi. Looking for many, many more seasons.

I hope you will bring back the series Chi… It is a great series and-wonderfully written.
Great actors and actresses are rare these days.
Not to mention writers.
Looking forward to season 2.
Thanks

I REALLY hope that The Chi comes back for season 2!

I would be very disappointed if this show was canceled.

I hope this show is renewed. It will be terribly disappointing if it is not renewed! I will cancel Showtime. This is the best show on Showtime.

I hope they renew the show because its real and entertaining.