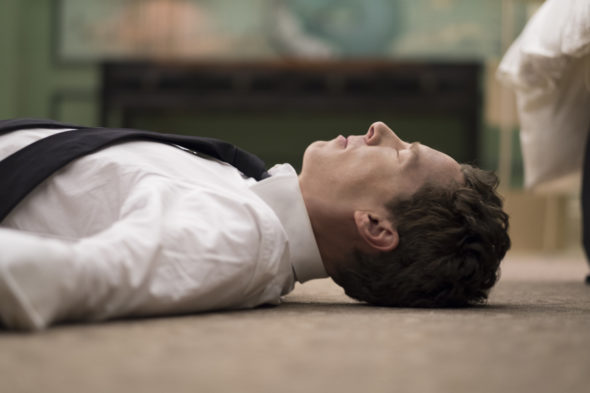 Has Patrick overcome his past? Is the Patrick Melrose TV show cancelled or renewed for a second season on Showtime? The television vulture is watching all the latest cancellation and renewal news, so this page is the place to track the status of Patrick Melrose, season two. Bookmark it, or subscribe for the latest updates. Remember, the television vulture is watching your shows. Are you?

The first season of Patrick Melrose averaged a 0.03 rating in the 18-49 demographic and 220,000 viewers. Learn how Patrick Melrose stacks up against the other Showtime TV shows.

My understanding is that this is a mini-series so there likely won’t be a second season. Of course, that could change — ala Big Little Lies. I’ll keep an eye out for breaking developments. Subscribe for free Patrick Melrose cancellation and renewal alerts.

What do you think?  Were you hoping that the Patrick Melrose TV show would be renewed for season two somehow?

Are they . Bring Patrick Melrose back.

PLEASE!!! Like Patrick, I too am suffering from withdrawals and need a second season fix.

Absolutely must be renewed.