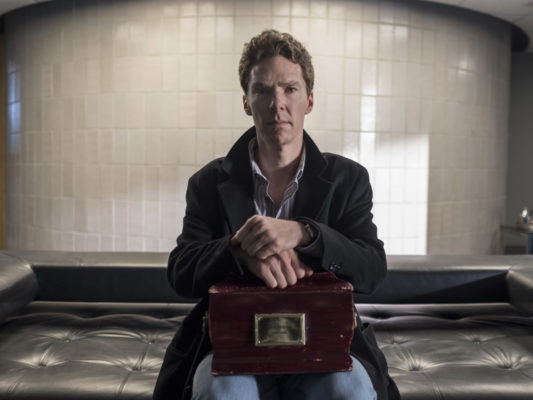 Is Patrick Melrose pulling a Big Little Lies? Deadline reports there are talks to bring the Showtime and Sky Atlantic TV show back for a second season.

Although nothing official has been announced, Patrick Melrose executive producers Rachael Horovitz and Michael Jackson revealed they’d like to do another season based on Melrose’s “lost years” in New York:

Our collective passion for Teddy’s novels and the joyful experience of making this series with SunnyMarch, Edward Berger and David Nicholls has naturally led us all to discussions of what we could do in the future. Ideas have ranged from a leap forward in Patrick’s life to a series covering his ‘lost years’ in New York. Teddy St Aubyn will be the one to decide and we look forward to his inspiration.”

Season one of Patrick Melrose ran for five episodes on Showtime and Sky Atlantic in 2018.

What do you think? Have you seen Patrick Melrose? Would you watch another season?