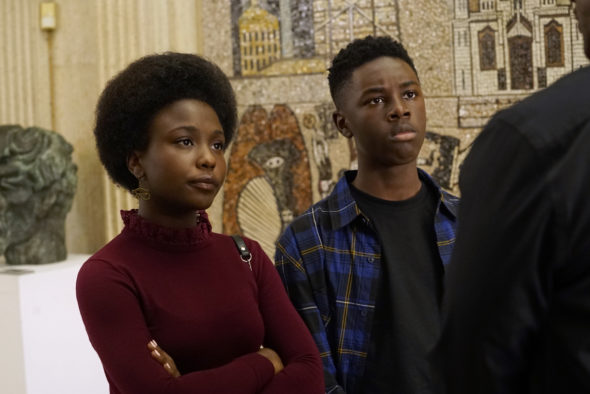 What’s next for these Chicago citizens? Has The Chi TV show been cancelled or renewed for a fourth season on Showtime? The television vulture is watching all the latest cancellation and renewal news, so this page is the place to track the status of The Chi, season four. Bookmark it, or subscribe for the latest updates. Remember, the television vulture is watching your shows. Are you?

Airing on the Showtime cable channel, The Chi stars Ntare Guma Mbaho Mwine, Jacob Latimore, Alex Hibbert, Yolonda Ross, Shamon Brown Jr., Michael V. Epps, Birgundi Baker, and series creator Lena Waithe. In season three, guest stars include Luke James, Michael V. Epps, Alani “La La” Anthony, Lil Rel Howery, Cedric Young, Kandi Burruss, and Curtiss Cook. The story explores life on Chicago’s South Side and the series is filmed entirely in Chi-Town. It follows a group of Chicagoans who, at first, are connected by circumstance, but they then develop a bond, due to their loneliness, thirst for atonement, and hunger for a more meaningful life.

The third season of The Chi averaged a 0.13 rating in the 18-49 demographic and 399,000 viewers. Compared to season two, that’s down by 1% in the demo and even in viewership. Find out how The Chi stacks up against other Showtime TV shows.

Will Showtime cancel or renew The Chi for season four? Despite a big drop in the ratings, the series remained one of the channel’s highest-rated series in season two. The ratings were consistent in year three so, I think the show will be renewed as long as Waite wants to continue making it. I’ll update this page with breaking developments. Subscribe for free alerts on The Chi cancellation or renewal news.

9/9/20 update: The Chi has been renewed for a fourth season by Showtime.

What do you think? Are you glad that The Chi TV show has been renewed for a fourth season? How would you feel if Showtime had cancelled this TV series, instead?

I pray that they return I enjoy watching positive story lines. I record it so I won’t miss it. When it on break in between season I go back and binge watch.