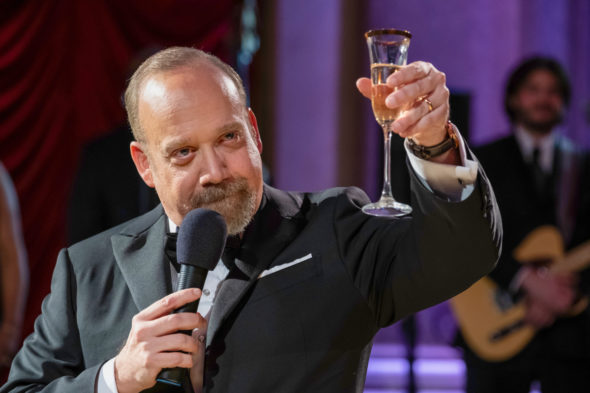 How far can a rivalry go? Has the Billions TV show been cancelled or renewed for a sixth season on Showtime? The television vulture is watching all the latest cancellation and renewal news, so this page is the place to track the status of Billions, season six. Bookmark it, or subscribe for the latest updates. Remember, the television vulture is watching your shows. Are you?

The fifth season of Billions averaged a 0.08 rating in the 18-49 demographic and 491,000 viewers. Compared to season four, that’s down by 51% in the demo and down by 36% in viewership. Find out how Billions stacks up against other Showtime TV shows.

Will Showtime cancel or renew Billions for season six? This series has remained one of the channel’s highest-rated series so unless the stars or creative team want to end it, I think it will be renewed. I’ll update this page with breaking developments. Subscribe for free alerts on Billions cancellation or renewal news.

10/2/20 Update: Billions has been renewed for a sixth season on Showtime.

What do you think? Are you glad the Billions TV show has been renewed for a sixth season? How would you feel if Showtime had cancelled this TV series, instead?

I am so sick of the large time gap between seasons, not just Billions but other popular series. Sadly, I believe I will have to choose other series in the future.

Please boost your ratings look so good enjoy it and love it. Never missed any episodes of it this season.

5 episodes left on this season just renewed for season 6 so happy I can’t wait to see watch it. Paul Gianni is the best actor so good hope season comes January. Left us cliffhanger.