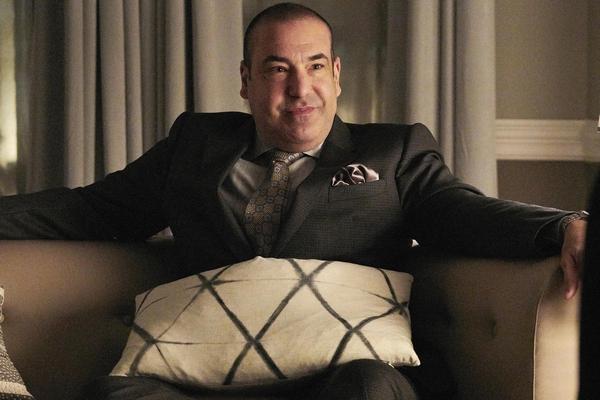 Billions is recruiting a Suits alum for its fifth season. Rick Hoffman is joining the series, which stars Damien Lewis and Paul Giamatti. The series will return with its new season in May. Suits ended its run last year.

Not much was revealed about Hoffman’s role on the Showtime series. Hoffman is set to play “Dr. Swerdlow, a medical man with unorthodox methods.”

Deadline teased the following about season five of Billions:

“In season five of Billions, Bobby Axelrod (Lewis) and Chuck Rhoades (Giamatti) see their vicious rivalry reignited, while new enemies rise and take aim. Social impact pioneer Mike Prince (guest star Corey Stoll) poses a true threat to Axe’s dominance, and Chuck feuds with a formidable district attorney. Taylor Mason (Asia Kate Dillon) is forced back to Axe Capital, where they must fight to protect their employees and their assets. Wendy Rhoades (Maggie Siff) reevaluates her loyalties and forges surprising new alliances that put her at odds with both Chuck and Axe. This season, the struggle for power becomes a struggle for survival, and all characters must adapt or risk extinction.”

What do you think? Are you excited to see Rick Hoffman back in the small screen?

I love Rick Hoffman.. Great addition to Billions! … He was my absolute favorite on Suits. He’s quite a talent. I was so disappointed that Suits didn’t continue, so having Rick Hoffman is quite a bonus… Yay ‼.. Can’t wait for May

Great addition. He was a funny character on “Suits”. Odd personality. Should be interesting if his personality changes.