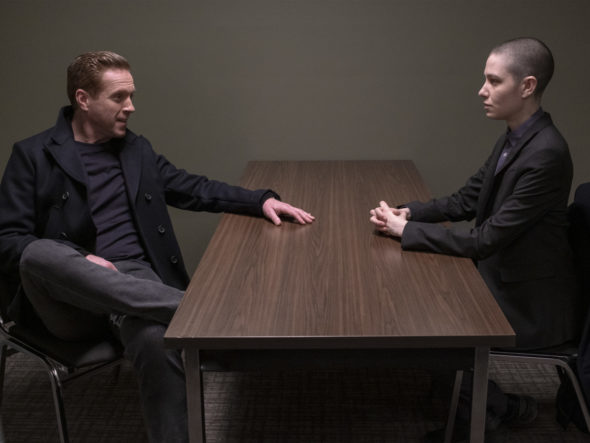 Billions getting ready for season five! Showtime released a new trailer promoting the new season, but fans still have a bit of a wait for the return of this drama. Billions season five premieres in May.

Showtime revealed the following about the plot of season five in a press release. Check that out below.

“In season five of BILLIONS, Bobby Axelrod (Lewis) and Chuck Rhoades (Giamatti) see their vicious rivalry reignited, while new enemies rise and take aim. Social impact pioneer Mike Prince (Stoll) poses a true threat to Axe’s dominance, and Chuck feuds with a formidable district attorney. Taylor Mason (Asia Kate Dillon) is forced back to Axe Capital, where they must fight to protect their employees and their assets. Wendy Rhoades (Maggie Siff) reevaluates her loyalties and forges surprising new alliances that put her at odds with both Chuck and Axe. This season, the struggle for power becomes a struggle for survival, and all characters must adapt or risk extinction. Margulies will play Catherine Brant, an Ivy League sociology professor and bestselling author. The series also stars David Costabile, Condola Rashad, Kelly AuCoin and Jeffrey DeMunn.”

Check out the trailer for the new season below. Billions returns May 3.

What do you think? Are you a fan of Billions? Will you watch season five?

Patrice Tedesco
Can’t wait, so excited for one of the best shows out there, great actors and writers