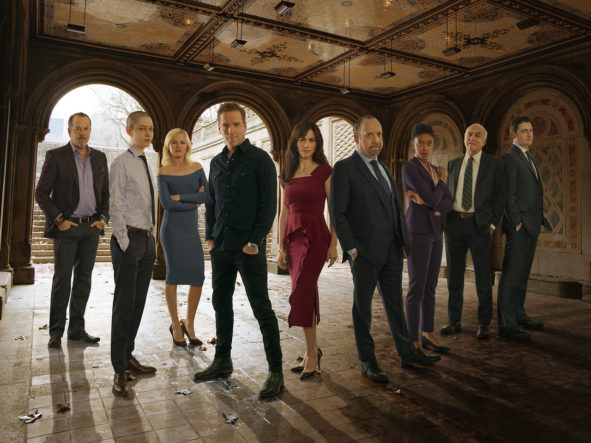 Billions will feature a big name guest star in its third season. John Malkovich will join the series for an appearance. That news was revealed by Showtime earlier this week.

Showtime also released a new teaser trailer, poster, and information about the season ahead. Check out all of that below.

“John appeared in our first two films, Rounders and Knockaround Guys, and we have a long creative history together. We are ecstatic to be reunited with the man who played Teddy KGB once again,” said Brian Koppelman and David Levien, BILLIONS creators and executive producers.

Malkovich is an Emmy-winning and two-time Oscar nominated actor, director, producer and fashion designer. He received Oscar nominations for his roles in Places in the Heart and In the Line of Fire. In 1985, he appeared in the Broadway revival of Death of a Salesman, which would earn him an Emmy when it was made into a television film. Malkovich burlesqued his own public persona in the films Adaptation and Being John Malkovich. His other feature films include Empire of the Sun, Con Air, Of Mice and Men, Ripley’s Game, Shadow of the Vampire, Burn After Reading, Red, Red 2 and Dangerous Liaisons. His producing credits include films such as Ghost World, Juno and The Perks of Being a Wallflower.

Season three of BILLIONS finds Chuck Rhoades (Giamatti) and Bobby Axelrod (Lewis) in a world that has shifted on its axis. Both men are still determined to destroy the other, but must also battle for their own survival amid new forces and powerful enemies. Wendy Rhoades (Maggie Siff), Chuck’s wife and Axe’s performance coach, is all in for both of them, an uneasy and dangerous position for her, and one that ultimately puts her to a decision that could alter the direction of her life irrevocably. Money, power, justice and revenge are all on the line for each of these characters as well as those played by the rest of the stellar cast, including Malin Akerman, Toby Leonard Moore, David Costabile, Condola Rashad, Asia Kate Dillon and Jeffrey DeMunn.”

Are you excited for the return of Billions? Tell us what you think. 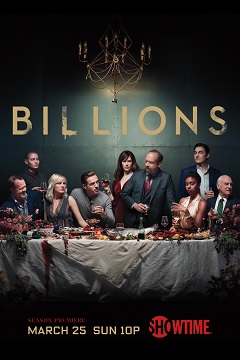 Billions is very entertaining!! But what really makes the show a winner is Bobby Axelrod.

That series is pure madness and I love it! Keep it coming!