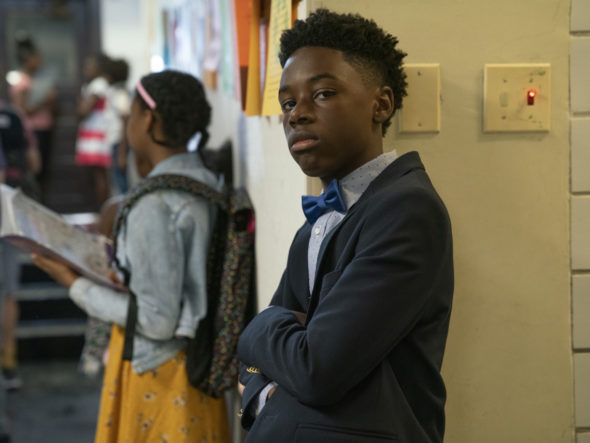 What’s next for the residents on the South Side of Chicago? Has The Chi TV show been cancelled or renewed for a third season on Showtime? The television vulture is watching all the latest cancellation and renewal news, so this page is the place to track the status of The Chi, season three. Bookmark it, or subscribe for the latest updates. Remember, the television vulture is watching your shows. Are you?

A Showtime Chicago drama from Lena Waithe, The Chi stars Jason Mitchell, Tiffany Boone, Jacob Latimore, Yolonda Ross, Ntare Guma Mbaho Mwine, Alex R. Hibbert, Shamon Brown Jr., Michael V. Epps, Barton Fitzpatrick, and Armando Riesco. The story explores life on Chicago’s South Side. True to its name, the drama is shot entirely in Chi-Town. It follows a group of Chicagoans who, at first, are connected by circumstance, but begin to develop a bond, due to their loneliness, thirst for atonement, and hunger for a more meaningful life.

The second season of The Chi averaged a 0.13 rating in the 18-49 demographic and 398,000 viewers. Compared to the first season, that’s down by 48% and 44%, respectively. Learn how The Chi stacks up against the other Showtime TV shows.

Will Showtime cancel or renew The Chi for season three? The ratings are way down but, for now, I suspect that the series will be renewed. I’ll keep an eye on the Nielsens and update this page with breaking developments. Subscribe for free alerts on The Chi cancellation or renewal news.

What do you think? Are you glad that The Chi TV show has been renewed for a third season? How would you feel if Showtime had cancelled this TV series, instead?

By killing the character Jason, Showtime ruined what could have been a 6the season series easily. Its innocent until proven guilty not the other way around. Since Boone quit why kill off Brandon. No one really liked her or Tiffany’s characters anyway. Figure it out but bring Jason and Reg back!

I would be terribly disappointed. I look forward to watching this program.

I think they could have done a two part set, where boome and Mitchell would not be on set together. And put the two senes together. I couldn’t wait for the next episode I had to get home to catch it so I set up my dvr to make sure I didn’t miss a thing. So if the show is renewed then i will watch to see how it goes.

Depending on the finale the Chi must go on