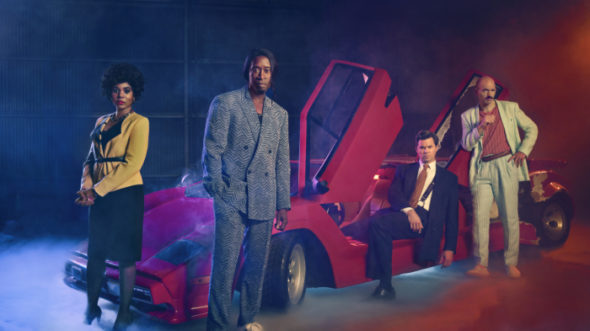 Showtime is shuffling things around a bit. Today, the network announced a few schedule changes for the following TV shows: Black Monday, Billions, and The Chi.

Black Monday, a comedic look at ’80s Wall Street, is in its second season. Meanwhile, the Paul Giamatti/Damian Lewis drama Billions is about to debut its fifth season, and the Chicago-set drama The Chi is about to premiere its third season.

Now, season two of Black Monday will only air through episode six (April 12th) for now and will finish airing later this year. Meanwhile, season five of Billions will now premiere on May 3rd at 9 p.m. ET/PT and season three of The Chi will debut on June 21st at 9 p.m. ET/PT.

Given the suspension of production operations due to the COVID-19 virus, SHOWTIME is making the following scheduling adjustments for its series BLACK MONDAY, BILLIONS and THE CHI:

· BLACK MONDAY will air through the sixth episode of its second season on Sunday April 12, then will return with the final four episodes of the season later this year.

· As previously announced, BILLIONS will premiere its fifth season on Sunday, May 3 at 9 p.m. ET/PT. The first seven episodes of the season will debut starting in May, with the remainder to also air later this year.

· The season premiere of THE CHI will move up to Sunday, June 21 at 9 p.m. ET/PT. The entire third season will air without interruption.

· Also, the entire season of PENNY DREADFUL: CITY OF ANGELS is currently scheduled to air beginning with its season premiere on Sunday, April 26 at 10 p.m. ET/PT.

In the cases of both BILLIONS and BLACK MONDAY, the pause in new episodes will come at a natural point in the story arcs of their seasons.”

What do you think? Do you watch The Chi, Billions, or Black Monday? Are you looking forward to the new seasons?