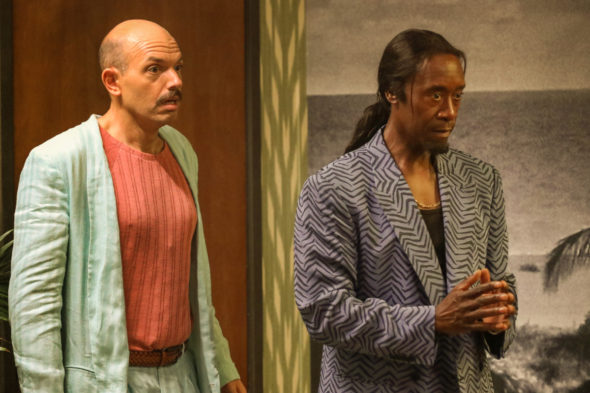 The comedy-drama centers on the lead-up and aftermath of the 1987 Wall Street crash. The cast includes Don Cheadle, Regina Hall, Paul Scheer, and Andrew Rannells.

LOS ANGELES – April 23, 2020 – The final four episodes of the second season of the acclaimed SHOWTIME comedy series BLACK MONDAY will premiere Sunday, June 28 at 8 p.m. ET/PT, concluding with the season finale airing on Sunday, July 19. The series, which began its 10-episode run in March, aired six episodes of its second season before pausing due to post-production issues related to COVID-19. Viewers can catch up on the first six episodes Sundays, starting May 17 at 8:30 p.m., or watch On Demand or streaming.

What do you think? Are you a fan of Black Monday? Are you enjoying season two so far?

I’m there for it! Smashing show, storyline and cast.

I love this show. Hilarious!!!