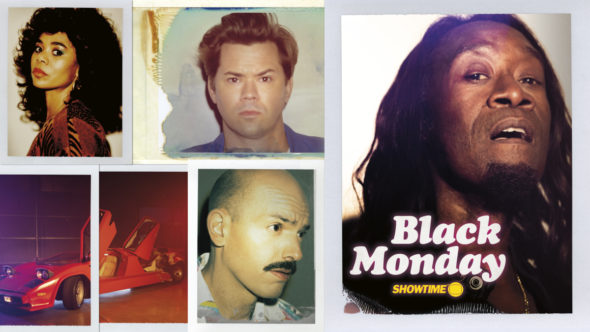 Though the show didn’t draw big ratings, it was still successful enough to be renewed for a second season. Will more Showtime viewers find this series this time around? Will Black Monday be cancelled or renewed for season three? Stay tuned.  *Status Update Below.

For comparisons: Season one of Black Monday on Showtime averaged a 0.08 rating in the 18-49 demographic and 292,000 viewers.

What do you think? Do you like the Black Monday TV series on Showtime? Should it be cancelled or renewed for a third season?

*10/16/20 update: Black Monday has been renewed for a third season on Showtime.

Excellent show can’t wait for the next episodes. Hope they continue it it’s a wonderful change to the typical junk that’s on TV these days.