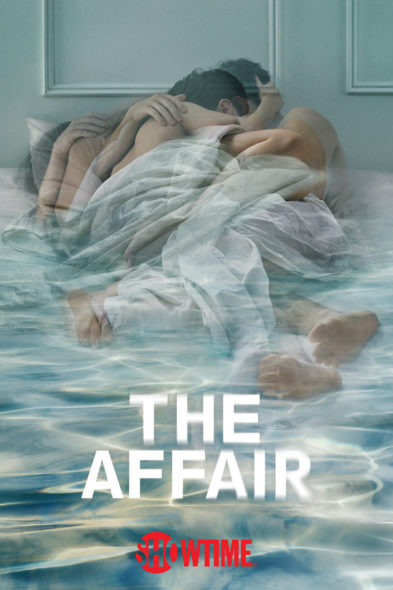 All good things must come to an end. Showtime has renewed The Affair TV show for a fifth and final season. The early season five renewal comes midway through the series’ fourth season.

A Showtime drama, The Affair stars Dominic West, Maura Tierney, Ruth Wilson, and Joshua Jackson. New to the cast in season four is Sanaa Lathan; guest stars include Ramon Rodriguez, Russell Hornsby, Christopher Meyer, Amy Irving, and Phoebe Tonkin. The series explores the consequences of an affair that destroyed two marriages, as well as the crime that reunites the people involved.


Their journey continues for one last chapter. #TheAffair will return for a fifth and final season. #Showtime pic.twitter.com/Q1ZJ2pM1dn

Learn more about The Affair season five renewal from this Showtime press release.

SHOWTIME RENEWS THE AFFAIR FOR A FIFTH AND FINAL SEASON

LOS ANGELES – July 26, 2018 – SHOWTIME has renewed its Golden Globe® Award winning drama series THE AFFAIR for a fifth and final season. Season four of the series is currently airing on Sundays at 9 p.m. ET/PT, with the finale airing on August 19. The announcement was made today by Gary Levine, President of Programming, Showtime Networks Inc.

“We love the intimacy, the nuance and the emotional honesty of THE AFFAIR’s subjective examination of both infidelity and fidelity,” Levine said. “Sarah Treem has always envisioned this as a five-season series, and we will be fascinated to see where she takes her talented cast and all of us next year in its climactic season.”

THE AFFAIR explores the emotional and psychological effects of an affair that destroyed two marriages, and the crime that brings these individuals back together. Season four finds Noah (Golden Globe nominee Dominic West), Helen (Golden Globe winner Maura Tierney), Alison (Golden Globe winner Ruth Wilson) and Cole (Screen Actors Guild®Award nominee Joshua Jackson) in their own orbits, alienated from each other, spinning further and further away from where they all began. Every character is involved in a new relationship, forcing them each to decide if they’re ready and willing to leave the past behind for good – with a season about new beginnings, tragic ends and the ever-elusive possibility of forgiveness. Sanaa Lathan (Shots Fired) guest stars as Janelle, the tough-as-nails principal of the charter school where Noah teaches. Their professional relationship soon turns intimate and is further complicated by the presence of her brilliant, misunderstood son Antoine, a student in his class played by guest star Christopher Meyer (The Fosters). Ramon Rodriguez (Iron Fist) guest stars as Ben, a Marine veteran now employed by the VHA and Alison’s new love interest. Additional season four guest stars include Russell Hornsby (Grimm), Amy Irving (Yentl) and Phoebe Tonkin (The Vampire Diaries). Writers Guild Award-winning playwright and writer/producer Sarah Treem (House of Cards, In Treatment) and Hagai Levi (In Treatment) created the series. Treem, also the showrunner, and Levi serve as executive producers. Jessica Rhoades joined as executive producer on season four. To learn more about THE AFFAIR, visit SHO.com and follow on Twitter, Facebook and Instagram. Join the conversation using #TheAffair.

What do you think? Are you a fan of The Affair TV series? Do you plan to stick with it for the fifth and final season on Showtime?

Loved this show,will watch the last season with a heavy heart though ,I had hoped Allison and Cole would get back together for good.

Yes will definitely watch. Sad to see it end

Please have a season 5 Love the show. Let the show continue. If it’s going to be cancelled, at least have a final episode. Don’t leave the viewers hanging.

I’ve watched from the beginning, I will be sad to see it go. I will definitely watch the final season.

I was so upset with the way they ended the affair I can’t begin to tell you. It was like the Raiders just want to get it over with. How do you take characters that spend time together and they all didn’t know Allison. No one would realize that she never would commit suicide because of her love for her daughter. How whack a doodle mother who should know her daughter would never leave her child would not commit suicide. And a mother would always want to be buried with her child not cremated alone. And then you take the… Read more »

Cheryl there is a final season still. Season five coming in the summer of 2019 will be the last one. The actual Season Series Finale.
As far as I remember No one believed she would kill herself except the detective, who was a jerk anyway.

I was so disappointed with the writer on how they ended Allison. I thought I would get over a days after but it still pisses me off with the lack of insight you let these people have and letting her think that Allison committed suicide. It’s like “what no one really knew Allison” “that she would never leave her daughter” therefore not committing suicide especially in the ocean. What was her mother oblivious to how much she loved her daughter and just a plain whack a doodle?! The detective thought he knew had just because the way back she had… Read more »

I love this series and can’t wait for the final season. Not sure how a season 5 of about 10-12 episodes can work without Alison. I hope that Ben gets punished somehow.

I enjoyed this show, but hope it ends with a believable ending and that Ben is found guilty of murder.

I was hoping Cole was going to investigate and manage to bring Ben to justice! How dare the ******* Ben turn up at Allison’s funeral?

Good and thankfully we have a decision that allows a proper ending.

Love love love The Affair. Please allow the charactors Cole and Alison reconcile and get back. Plz. Love them together. Let them find each again. They are and were meant to be. They were just broken and lost.

Just watched the latest episode on Hulu!! I so wanted Allison to find happiness with Cole only to find out that they killed Allison off in this episode!!! I’m done with this show!!!!

Exactly!! I was hoping in episode 9 that there would a twist and that Allison hadn’t been killed but now I am absolutely devastated she’s dead!! Maybe the writers can do something to bring her back?? I feel betrayed…