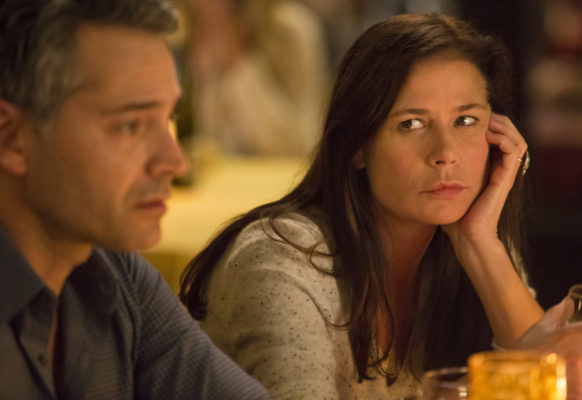 Is the affair’s aftermath at an end? Has The Affair TV show been cancelled or renewed for a fifth season on Showtime? The television vulture is watching all the latest cancellation and renewal news, so this page is the place to track the status of The Affair, season five. Bookmark it, or subscribe for the latest updates. Remember, the television vulture is watching your shows. Are you?

A Showtime drama, The Affair stars Dominic West, Maura Tierney, Ruth Wilson, and Joshua Jackson. Sanaa Lathan joins in season four, and guest stars include Ramon Rodriguez, Russell Hornsby, Christopher Meyer, Amy Irving, and Phoebe Tonkin. The series explores the consequences of an affair that destroyed two marriages, as well as the crime that reunites the people involved. This season, Noah (West), Helen (Tierney), Alison (Wilson), and Cole (Jackson) have each gone their own way. Now they must decide whether they can leave the past behind and if forgiveness is ever possible.

The fourth season of The Affair averaged a 0.09 rating in the 18-49 demographic and 519,000 viewers. Compared to season three, that’s down by 48% and 20%, respectively. Learn how The Affair stacks up against the other Showtime TV shows.

Will Showtime cancel or renew The Affair for season five? Originally, co-creator Sarah Treem had three seasons planned, and after it was picked up for season four, she said she thought this would be a good time to draw the story to a close. Things like that are seldom carved in stone, though. If she and the actors want to continue, I think The Affair will return for a fifth season. I’ll keep an eye on the Nielsens and update this page with breaking developments. Subscribe for free alerts on The Affair cancellation and renewal news.

*7/26/2018 Status Update: The Affair has been renewed for season five, which will be the final installment. Details here.

What do you think? Are you happy The Affair TV show has been renewed for season five? Is the fifth season the right time to end this Showtime TV series?

excellent show, the affair. sorry and disappointed to see it ending.

Love the Affair would love another series . Great acting one of the best series on the TV.

Depending on how Season 4 plays out I would love to see a fifth season. The Affair, for me, is one of the best series on TV. Great character development and story line.