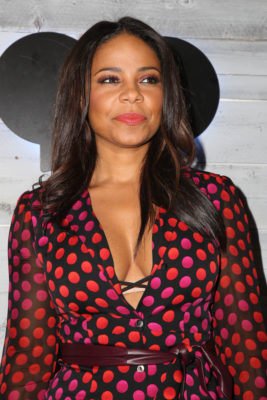 The Affair has some new company. This week, the network announced Sanaa Lathan has joined season four of the Showtime TV show.

Season four of The Affair is slated to premiere on Showtime in 2018.

LOS ANGELES – September 25, 2017 – Today, SHOWTIME announced that Sanaa Lathan (American Assassin, Shots Fired) will recur on the network’s Golden Globe(R)-winning drama series THE AFFAIR. Lathan will play Jenelle, the tough-as-nails principal of the charter school where Noah (Dominic West) teaches, who intrigues him. She’s got a lot to prove to her school’s oppositional administration and faculty, who seem to fight her at every turn. THE AFFAIR will return for its fourth season on SHOWTIME in 2018.

THE AFFAIR stars Golden Globe nominee Dominic West, Golden Globe winner Ruth Wilson, Emmy(R) Award nominee Maura Tierney and Screen Actors Guild Award(R) nominee Joshua Jackson. The series explores the emotional and psychological effects of an affair that destroyed two marriages, and the crime that brings these individuals back together. Season four finds Noah (West), Helen (Tierney), Alison (Wilson) and Cole (Jackson) in their own orbits, alienated from each other, spinning further and further away from where they all began. Every character is involved in a new relationship, forcing them each to decide if they’re ready and willing to leave the past behind for good – a season about new beginnings, tragic ends and the ever-elusive possibility of forgiveness. THE AFFAIR is currently in production in New York and Los Angeles. WGA Award-winning playwright and writer/producer Sarah Treem (House of Cards, In Treatment) and Hagai Levi (In Treatment) created the series. Treem, also the showrunner, and Levi serve as executive producers.

Nominated for a Film Independent Spirit Award for her lead role in Love and Basketball, Lathan has starred in feature films including American Assassin, Alien vs. Predator, Contagion, The Best Man and The Best Man Holiday, The Perfect Guy, Now You See Me 2, Something New, Out of Time and Brown Sugar. She also received a Tony(R) Award nomination for her Broadway performance in A Raisin in the Sun, later reprising the role for television, where she has performed in series that include Boss, Nip/Tuck, The Cleveland Show, Family Guy and a starring role on Shots Fired.”