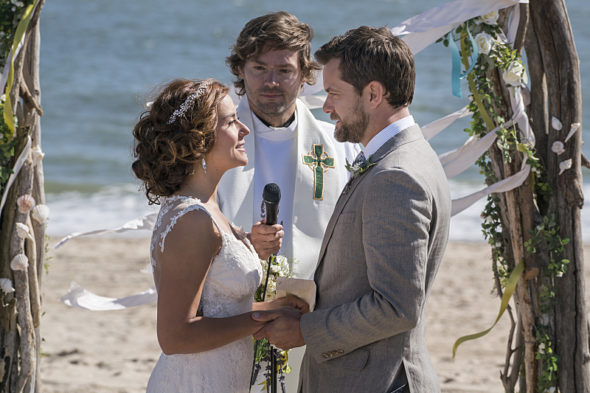 Is a key character leaving The Affair? Entertainment Weekly reports star Joshua Jackson may not return for the Showtime TV show’s fifth and final season.

As reported earlier, the drama series is headed into its final season. The show explores the consequences of an affair that destroyed two marriages, as well as the crime that reunites the people involved. The cast includes Dominic West, Maura Tierney, Ruth Wilson, Joshua Jackson, and Sanaa Lathan.

Already, we know that star Ruth Wilson will not appear in The Affair‘s fifth and final season. Now, it looks like Joshua Jackson might join her. According to EW, the actor is unlikely to sign on for the new season since the future of his character’s story is uncertain.

Showtime has not yet announced a premiere date for the final season, but it will likely premiere around summer 2019.

What do you think? Are you a fan of The Affair? Do you think Jackson should return for the final season?

Yes, I want Joshua Jackson to be in the final season – he is great on the show – it won’t be the same without him!!!!!!! Please make his storyline worth while so he will return on season 5!!!

Cole Lockhart is a big part of “The Affair”, I don’t think it will be as good without him. I am however, really looking forward to the final season. I hope someone comes up with another really good show on Showtime. Showtime is going to be hurting if they don’t because they are losing the biggest stars from Shameless!

Sorry- seems “too invested” ( tired is no excuse for not editing )

It all depends on the writing..I can see taking Cole out- he does not want to go on without Alison….he is destroyed…so he catches that final wave… but then what? Luisa adopting Joanie… and Helen and Noah get back together.when Vic dies? . Keeping them all going on their own stories would be okay but more of the same..It’s been circular and obsessive – Alison working her way back to Cole- who never stopped loving her.. Noah following Helen… seems tough but good writing can do a lot- just seems to invested in Alison and Cole to make anything else… Read more »

Joshua please, please return for season 5. I am already disappointed enough that Ruth is gone. I was hoping at first it wasn’t true. If he doesn’t continue I am afraid to show will flop. We need at least three characters. He brings so much to the show

I do not see The Affair continuing without Cole. He is an integral part of the story along with his family. I love Helen and Noah’s stories separate from Cole’s. You remove Allison’s character along with another core character the house of cards falls. I say the same of Noah or Helen as well.

If Joshua Jackson doesn’t return, I won’t watch the final season. He and Domenic West are the only two important characters left; I don’t care about the others, but Jackson needs to finish it out.