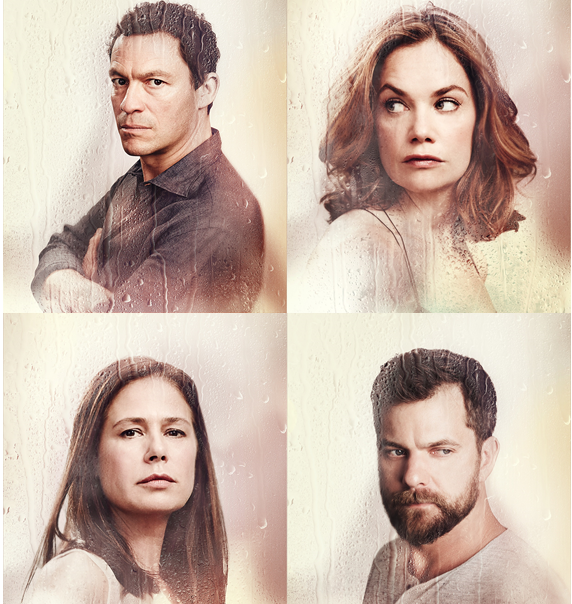 There’s plenty of new drama ahead for the characters in The Affair TV show. Showtime has announced that production on season four of the series is currently underway and the new episodes will kick off on Sunday, June 17, 2018, at 9 pm.

Will this be the end of the serialized drama series? A year ago, co-creator Sarah Treem indicated that season four would be a good time to end the series. She said, “I see a fourth season that will bring all the characters back together in a way that would feel really satisfying and surprising and end a journey.”

Today, Showtime CEO David Nevins noted that he expects The Affair to run one more season. He said, “My expectation is it’ll be a five season show, so there will be one more season after this. That’s the likely scenario. I think they’re doing interesting things this year.”

Season four finds Noah (West), Helen (Tierney), Alison (Wilson) and Cole (Jackson) in their own orbits, alienated from each other, spinning further and further away from where they all began. Every character is involved in a new relationship, forcing them each to decide if they’re ready and willing to leave the past behind for good – a season about new beginnings, tragic ends and the ever-elusive possibility of forgiveness.

What do you think? Are you a fan of The Affair on Showtime? Do you think the series should run for five seasons or, is that too many seasons?

I THINK THE SHOW IS FABULOUS, AND I WANT IT TO GO FORWARD WITH THE SEASONS.THANK YOU SO MUCH. BEST SHOW ON TV TO HAVE LOOKED FORWARD TOO.

Great show, we in Germany love it too. We would like a season 5, PLEASE!

I have enjoyed the show. It’s characters and well thought out events are intriguing. However, after writing off Allison the character I liked the most, I highly doubt I’ll continue to watch. What were they thinking writing her out? She’s the main character in my mind. Sad, but, not worth watching any longer.

This is one of the most intriguing shows offered on Showtime. I sincerely hope the CEO of Showtime does not end “The Affair” after the 4th Season. It continues to get more intense each season and I so looking forward to the beginning of Season 4. DO NOT LET SEASON 4 BE THE END OF THE INCREDIBLE SHOW!

I love the show The Affair. All the cast members worked well together and the story line was so real and fun. I’m looking forward to Season 4

I LOVED season 1 and 2 but season 3 was just “ok” to me ..wld love them to go back to some of the plot twist of the first two seasons

Yes please bring it back. Loved it.

Hello it’s been a good series, at least 2 more seasons should be considered, I know at least 10 people around me that enjoys the show ,Don’t Cancel