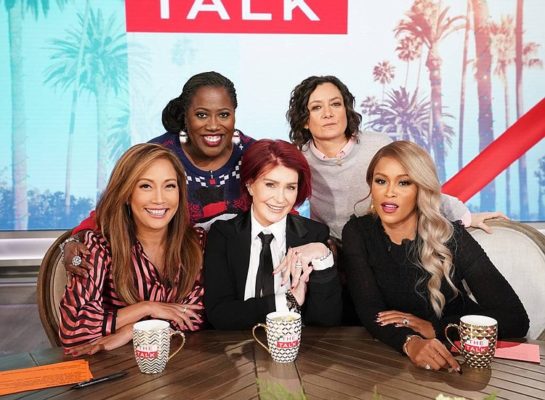 Who else is leavingThe Talk? Deadline reports Sara Gilbert is exiting the CBS TV show after season nine ends.

Gilbert has been a co-host on the daytime talk show since it debuted in 2010. Fellow co-hosts include Sharon Obourne, Carrie Ann Inaba, Eve, and Sheryl Underwood.

Gilbert’s departure comes only a season after Julie Chen left The Talk. During a recent episode, Gilbert explained why she is leaving the CBS series:

Last season I did The Conners and, as you know, also producing… and I loved it and felt totally empowered. But my life was slightly out of balance, and I was not spending as much time with my three kids as I would like.”

What do you think? Do you watch The Talk? Are you sad Gilbert is leaving?

I hate the talk. It s trashy just and bad as the view. Kelly Clarkson needs her head check. Any trasy show we dont need that. I give her 5 months to then it will be cancel.big brother got to go also. Love island thumb down.tv is get trashy.

Big brother has been on for nearly 20 years. But I’m sure they’ll cancel it because Lloyd says so.

I’m not sure the show will survive without Sara. Especially since it will be staffed now with all mostly-hyper extraverts. No Balance on perspective. No quiet sensibility. I hope it stays fresh, just not too boisterous. And I wish Sara well.

I liked Sara McIntyre the show very much. Sorry she is leaving.

wonder how long now before Sharon says goodbye as well

Sara, you are SO down to earth and GENUINE! YOU will be greatly missed but wished ALL the best to you and your family! WE have been blessed to get the chance to know such a SELFLESS, outspoken woman!

Much Love to You, Always ~Judith

It’s very sad to see Sara leaving but I also understand because Family is very important.
God Bless you Sara and your Family too.

thank goodness. such a negative woman

So sad to see Sara go. Loved her sense of humor. I get that she would like to spend more time with her children. After all they grow up so fast. Good Luck to Sara today and in the future. She will be missed.