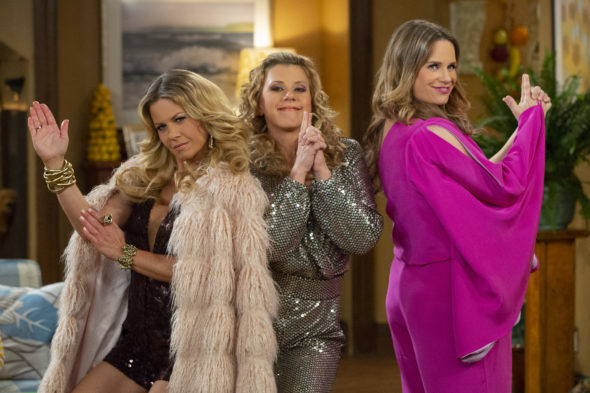 Fuller House is returning with the first half of its final season to Netflix later this week, and Candace Cameron-Bure has made some big reveals about the fifth season is recent interviews. The cast wrapped production on the season last month. Andrew Barber released a video from the final day of filming on YouTube.

What is coming up for Fuller House on Netflix? Fans will see a family reunion on the series this season. Kirk Cameron will appear on an episode that Candace teased is 90s themed with an appearance by Lisa Loeb as well. Candace went behind the camera to direct that episode, and she talked about working with her brother in a recent interview, per FOX News. She said the following:

“He was so game. He just walked onto the set as he’d been… like he never stopped doing a sitcom. He was really funny, but he was so supportive and proud of me directing. So he was like, ‘Can, just tell me whatever you want me to do.’ And I’d come in and tell him what I wanted to see and he would just give me everything and was very receptive to whatever direction I had for him… It was fun.”

She also called it “a dream come true” to direct her older brother.

As for the Olsen twins, fans should not expect to see them pop up on the final season. Per Pop Culture, the actress said that the twins behind Michelle Tanner will not appear in the last season of Fuller House. In fact, she ‘let it go’ awhile ago.

Check out a trailer for the final season of Fuller House below. The season premieres on December 6.

What do you think? Do you plan to watch the final season of Fuller House? Are you said the Olsen twins will not appear on the series at all before it ends?

Definitely will watch it. The past seasons brought me back to my childhood of watching Full House with my family every week. I’m sad that Fuller House is ending!