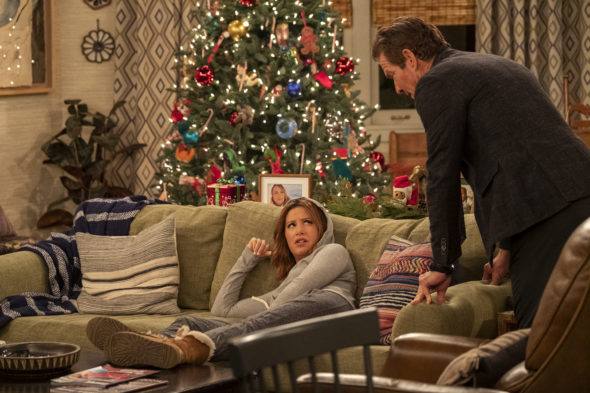 Merry Happy Whatever hit Netflix over Thanksgiving weekend, and the cast is ready to do future seasons of the series. Both Dennis Quaid and Bridget Mendler are open to filming seasons that tackle other holidays for the Quinn family.

According to Bustle, Quaid said, “I hope so. Gosh I hope so,” when asked about the possibility of more of the Quinn family. He even teased a Groundhog Day-themed possibility of Merry Happy Whatever.

As for Mendler, she said the following about future seasons, per Elite Daily:

“The cool thing about the holidays is that you kind of do have your time away from the flow of regular life to think about things. For Emmy, she winds up thinking about so many different things about her life that hadn’t come into focus before, so it’s really like a jostling experience over the holidays, but it winds up being a good thing ultimately.”

When the series was originally picked up by Netflix, the creator of the series, Tucker Cawley, did have an anthology series in mind, so both Quaid and Mendler could bring more comedy to the small screen at some point.

What do you think? Did you watch Merry Happy Whatever? Do you want to see more seasons following the Quinn family?

loved the show and hope they do more

Really Loved this show. Hope there are more episodes, or maybe even a series about “The Quinns”

Loved this show! Hoping for a season 2!

I love this show! Can’t wait for season 2!! Wish there were more episodes in the season