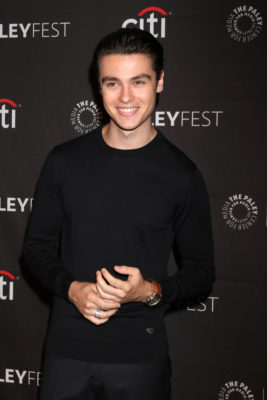 From Joe Hill, the series “revolves around three siblings who, after the gruesome murder of their father, move to their ancestral home in Massachusetts only to find the house has magical keys that give them a vast array of powers and abilities.”

On Locke & Key, Mallard will be playing “Lucas Caravaggio, a charming teenager in the town of Matheson whose exposure to magic leads to serious complications.”

Netflix has not yet announced a premiere date for Locke & Key.

What do you think? Have you read the Locke & Key comic? Will you watch the TV show?