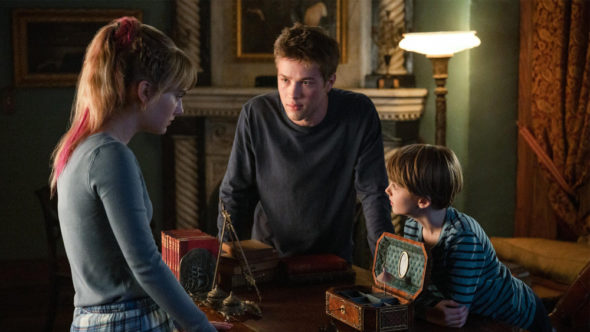 The kids discover that the house has magical keys that give them a vast array of powers and abilities. Unknown to them, a devious demon also wants the keys, and will stop at nothing to attain them.

What do you think? Do you like the Locke & Key TV show? Do you think it should be ending or been renewed for a fourth season?

Just so many flaws it makes me cringe. If there was a murdering psychopath in your house, and u had the power to make him into a puppet and do your every bidding, what would you do? A. Stop him from murdering your family B. Be a ghost so you can look around and not be able to affect anything C. Rush into there with zero plan D. Make the school bully pour ketchup on herself There’s a whole list of nonsense like this, I don’t even know where to start. It’s frustrating to watch. Like the characters don’t have… Read more »

I do hope the show Locke & Key continues for many seasons! My daughter (25) and myself (57) are addicted to it!!! Nice change from the same old plots of other shows with lots of seasons!

The man has no face

This show is a waste of time. The idea has so much potential but the show leaves you frustrated. One of the dumbest shows I have unfortunately seen.

You may want to update this article. The first air date and the season finale are both the same. It’s a Netflix series The entire season gets dumped all at the same time.

This page is for the run of the series, not the season.