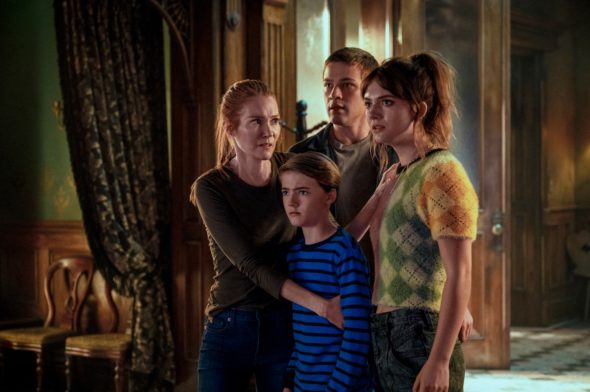 Locke & Key was renewed for a third season back in December 2020 and viewers now know that it will also be the show’s final season. Netflix announced that information with the release of photos and a message from the people behind the series.

Starring Darby Stanchfield, Connor Jessup, Emilia Jones, Jackson Robert Scott, Petrice Jones, Laysla De Oliveira, and Griffin Gluck, the supernatural-horror series follows the Locke family after they move into the father’s family home and they discover that it is full of secrets.

Check out the message from showrunners Carlton Cuse and Meredith Averill below. 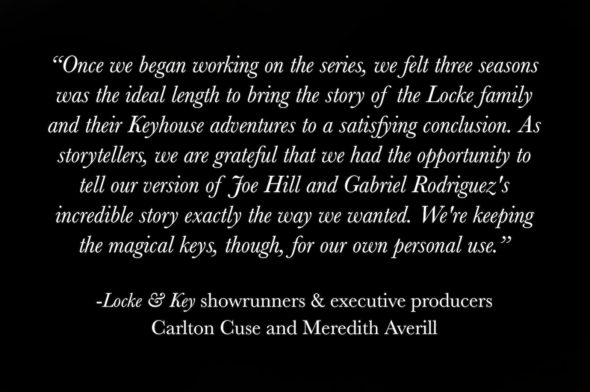 Joe Hill, co-creator of the comic series that the show is based on, also shared his own message on Twitter.

It’s been a blast. Come for us for this one last ride, won’t’cha? #lockeandkeyhttps://t.co/13HzV3lCao

We were so lucky to have you in our Locke & Key family. ❤️❤️❤️ https://t.co/gGBLrOQI5M

Check out more photos from the Locke & Key season three below. 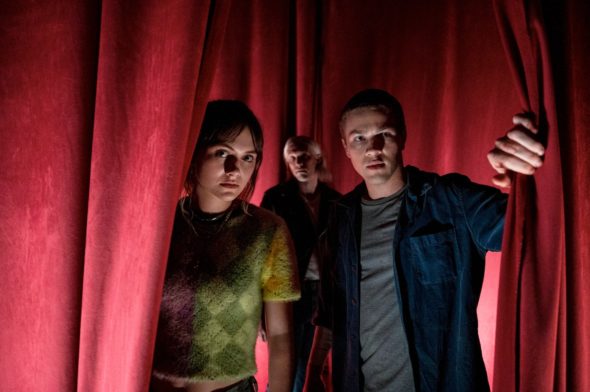 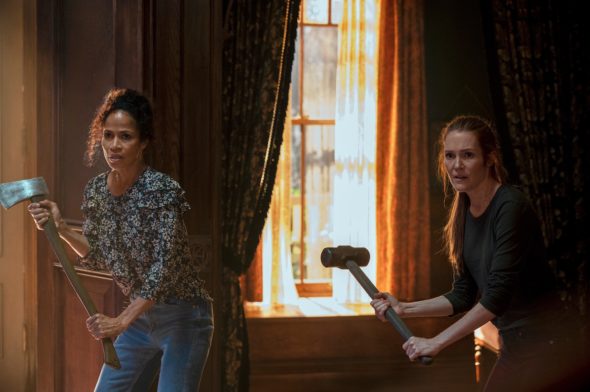 A premiere date for the return of the series will be announced later.

What do you think? Will you be sad to see the Locke & Key TV series end on Netflix?

Nooooooo We were really enjoying the creativity of the story line and the magic. The actors/ actresses are captivating! Please, atleast do spin-offs of this show.

I agree with you. I was just getting used to seeing the family. I will miss them when their gone

I really enjoyed this Series and fully understand the writers that 3 Series are a perfect score! I respect that and I can’t wait to see the last Series!!