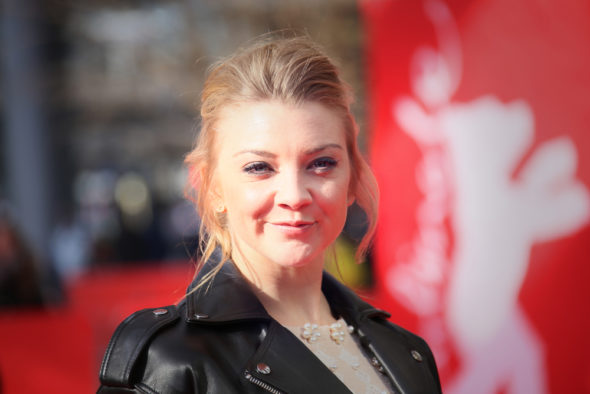 Natalie Dormer is coming to Showtime. The network just announced the Game of Thrones star has joined their upcoming TV show, Penny Dreadful: City of Angels.

A spinoff of Penny Dreadful, the drama series is set in 1938 Los Angeles and “will explore an exciting mix of the supernatural and the combustible reality of that period, creating new occult myths and moral dilemmas within a genuine historical backdrop.”

On Penny Dreadful: City of Angels, Dormer will be playing “Magda, a supernatural demon who can take the appearance of anyone she chooses and manifests in a number of guises throughout the story.”

Showtime has not yet announced a premiere date for Penny Dreadful: City of Angels, but you can read more info below:

LOS ANGELES – February 22, 2019 – SHOWTIME has announced that Natalie Dormer (Game of Thrones) will join PENNY DREADFUL: CITY OF ANGELS, the next chapter of the PENNY DREADFUL saga, in the role of Magda, a supernatural demon who can take the appearance of anyone she chooses and manifests in a number of guises throughout the story. Charismatic, clever and chameleonic, Magda is a dangerous enemy and an invaluable ally. Tony(R) and Golden Globe(R) award winner and three-time Oscar(R) nominee John Logan, creator, writer and executive producer of the Emmy nominated series PENNY DREADFUL, will continue in those same roles. Michael Aguilar (KIDDING) will also serve as executive producer. Production on the drama series is expected to begin later this year.

Dormer starred as fan favorite and would-be queen Margaery Tyrell for the first six seasons of Game Of Thrones. Dormer’s previous television credits include her starring role as Anne Boleyn on the hit SHOWTIME drama THE TUDORS, along with Picnic At Hanging Rock, The Scandalous Lady Woman and Elementary. In film, she starred in the indie psychological revenge thriller In Darkness, which she co-wrote with the film’s director Anthony Bryne. Previous film credits include the lead role in the supernatural thriller The Forest, The Hunger Games: Mockingjay Parts 1 & 2, The Riot Club, Rush, The Counselor, W.E and Marvel’s Captain America: The First Avenger. She can also be seen in the upcoming film adaptation of The Professor and the Madman and The Dark Crystal.

A spiritual descendant of the original PENNY DREADFUL story set in Victorian-era London, PENNY DREADFUL: CITY OF ANGELS opens in 1938 Los Angeles, a time and place deeply infused with social and political tension. When a grisly murder shocks the city, Detective Tiago Vega (Daniel Zovatto) is embroiled in an epic story that reflects the rich history of Los Angeles: from the building of the city’s first freeways and its deep traditions of Mexican-American folklore, to the dangerous espionage actions of the Third Reich and the rise of radio evangelism. Before long, Tiago and his family are grappling with powerful forces that threaten to tear them apart. PENNY DREADFUL: CITY OF ANGELS explores an exciting mix of the supernatural and the combustible reality of the period, creating new occult myths and moral dilemmas within a genuine historical backdrop. This chapter is a bold new vision that will employ all new characters and storylines. The series will also star Jessica Garza (The Purge) and Johnathan Nieves (New Amsterdam).

What do you think? Are you a fan of the original Penny Dreadful series? Will you check out the spinoff?

Yes, yes, a fan! Can’t wait for this spin-off! I have not watched Game of Thrones so cannot comment on this actress, Dormer (although, I plan to binge watch it someday!) I am a fan of anything supernatural. Any clue as to when it will be scheduled?

YES !!!!!!! HUGE FAN !!!!!! PLEASE be good !! Interesting to see how a whole new Penny Dredful can follow the First one .. The actors were so so amazing !!! The sets were unforgettable . The actors have made a permanent imprint in my mind forever . I miss the first one and wished that it never ended .It was perfect for that reason ,, I never lost interest, it never got predictable. It was perfect every show !!!
I hope the next one will be like that too !!!