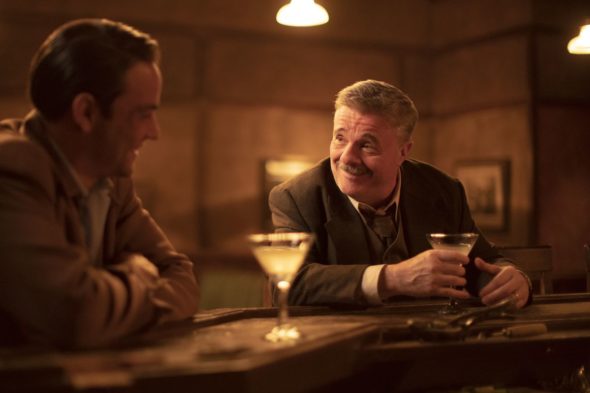 I love the show after watching it and did not know anything about it until two weeks ago. When i put it on and both my parents and I started to watch it and as i go through the episodes I’m loving it more and it’s sad that show time did not give it a chance to live and progress

Penny Dreadful: City of Angles, so entertaining, just beautiful looking and exciting to watch. Someone has got to allow this story to be told for at least one more season. Too good to abandon prematurely.

we stored this on our dvr, and we just binged it. great series! sad to see showtime cancelled it, i hope someone else picks it up.

I cannot believe that once again another show that talks about REAL issues is being canceled. Oh wait, yes I can! I really liked this show! Which just my opinion doesn’t mean anything but I wish Netflix would pick it up or something?!?! If they’re smart they would. This could be another hit for them like Stranger Things but also incorporating real issues in it.

It was a supernatural Science fiction. I liked it. It’s funny how similar the new Perry Mason show on HBO was to this show.

this season moved me like no other. Dormer in all her creepy incarnations was frighteningly real — racism and antisemitism in the US just as Hitler took power. now more than ever was the perfect time for this show to air. add this to HBO’s Philip Roth series and HBO’s Watchman, you can see how the history of 20th century bigotry led to this miserable century. Praying Showtime will renew it.

Not everyone was a bigot. There will always be a percentage of the population who are that way, but don’t paint them all with that paintbrush.