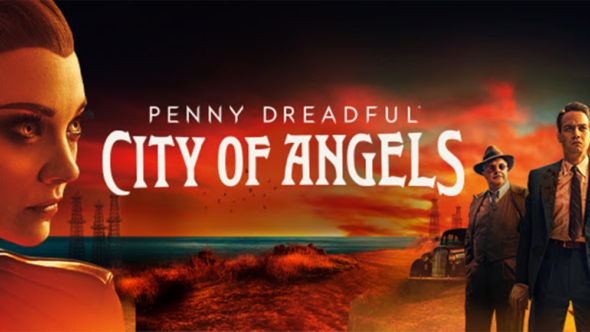 The original Penny Dreadful series did pretty well in the ratings for Showtime and lasted for three seasons. Now, a few years after that show ended, the cable channel has introduced a “spiritual descendent” spin-off with new characters and a new setting. How will this one do? Will Penny Dreadful: City of Angels be cancelled or renewed for season two? Stay tuned. *Status Update Below.

Note: If you’re not seeing the updated chart, please try reloading the page or view it here.
Cable ratings are typically released within a day or so of the show’s airing, except for in the case of weekends and holidays.

What do you think? Do you like the Penny Dreadful: City of Angels TV series on Showtime? Should it be cancelled or renewed for a second season?

This Season City of Angels sucked big time! Whomever wrote it should never write another TV show ever

It should be canceled! The original Penny Dreadful was so much better.

I so agree! Shame they didn’t keep the original Season 1,2 cast & characters and branch off in a direction of another monster. Maybe a vampire , wolf what ever. Anything woukd of been better then City of Angels. The actors were not even believable

Love this show!!!! I really hope they keep making it!

I agree that it is no where nearly as good as the original Penny Dreadful. That show had excellent writing, acting, production values and a wonderful sense of foreboding. City of Angels has nowhere near the punch as its predecessor. That said, I’d still like to see the show renewed for at least one more season. Pump up the supernatural and get a better story with a tighter script and, should she be back if there is a season two, reduce Natalie Dormer’s screen time. She’s not that strong an actress and can’t really hold down such a demanding part.

Terrible show unlike the spectacular original Penny Dreadful. This show is an overblown, histrionic joke that is an embarrassment to the genre. It fails on every conceivable level. Sad but true…

It can’t hold a candle to the previous iteration of PD.