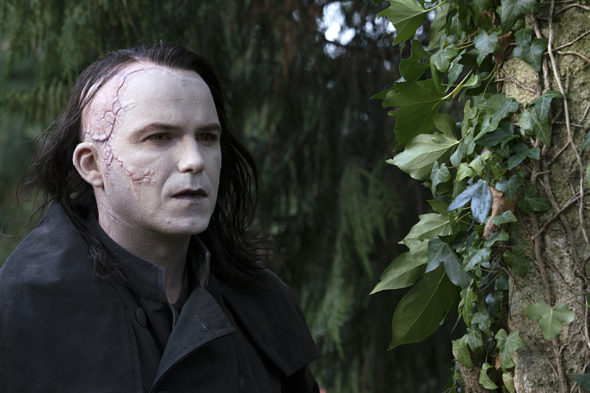 On Penny Dreadful: City of Angels, Kinnear will be playing Dr. Peter Craft, “a successful German pediatrician and the head of the German-American Bund, an organization he hopes will keep the United States isolated from the growing threat of war in Europe.”

Showtime has not yet announced a premiere date for Penny Dreadful: City of Angels, but you can read more info below:

LOS ANGELES – March 19, 2019 – SHOWTIME has announced that Rory Kinnear (PENNY DREADFUL) has joined PENNY DREADFUL: CITY OF ANGELS, the next chapter of the PENNY DREADFUL saga, in the series regular role of Dr. Peter Craft. Craft is a successful German pediatrician and the head of the German-American Bund, an organization he hopes will keep the United States isolated from the growing threat of war in Europe. The series also stars Natalie Dormer, Daniel Zovatto, Adriana Barraza, Jessica Garza, Johnathan Nieves and Tony(R) and Emmy(R) winner Nathan Lane. Tony and Golden Globe(R) award winner and three-time Oscar(R) nominee John Logan, the creator, writer and executive producer of the Emmy nominated series PENNY DREADFUL, continues in those same roles. Michael Aguilar (KIDDING) also serves as executive producer. Production on the drama series is expected to begin later this year.

“It’s no secret that Rory is one of my favorite actors on the planet, and working with him in the original series was inspiring,” said Logan. “So much so that I wrote this part for him, and I’m thrilled he’ll be joining us in the City of Angels.”

Kinnear is an award-winning British actor, best known for his role as Bill Tanner in the James Bond films Quantum Of Solace, Skyfall and Spectre. Other film credits include Trespass Against Us, iBoy, Man Up, Cuban Fury, Broken, Wild Target and Academy Award(R) and BAFTA nominated The Imitation Game. Kinnear’s TV credits include the original PENNY DREADFUL and the SHOWTIME limited series GUERRILLA, along with Inside No. 9, Quacks, The Casual Vacancy, Count Arthur Strong, Southcliffe, Loving Miss Hatto, Black Mirror, Richard II and Lucan. Recent releases include Peterloo and BBC’s Watership Down. Kinnear is currently filming Russell T Davies’ Years and Years opposite Emma Thompson and Catherine The Great opposite Helen Mirren.

A spiritual descendant of the original PENNY DREADFUL story set in Victorian-era London, PENNY DREADFUL: CITY OF ANGELS opens in 1938 Los Angeles, a time and place deeply infused with social and political tension. When a grisly murder shocks the city, Detective Tiago Vega is embroiled in an epic story that reflects the rich history of Los Angeles: from the building of the city’s first freeways and its deep traditions of Mexican-American folklore, to the dangerous espionage actions of the Third Reich and the rise of radio evangelism. Before long, Tiago and his family are grappling with powerful forces that threaten to tear them apart. PENNY DREADFUL: CITY OF ANGELS explores an exciting mix of the supernatural and the combustible reality of the period, creating new occult myths and moral dilemmas within a genuine historical backdrop. This chapter is a bold new vision that will employ all new characters and storylines.

What do you think? Are you a fan of Penny Dreadful? Will you check out the sequel series?