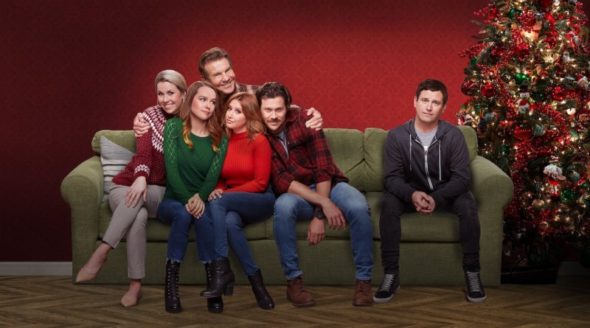 The first season takes place over 10 days surrounding the Christmas holiday. Don Quinn (Quaid) is the strong-willed patriarch of the Quinn clan and a sheriff in Bucks County, Pennsylvania. He tries to balance the demands of his job and complicated family with the stress of the Christmas season. His youngest daughter, Emmy (Mendler), comes home for the holidays with Matt (Morin), her new boyfriend who’s also a struggling musician based in Los Angeles.

What do you think? Do you like the Merry Happy Whatever TV show? Do you think it should be cancelled or renewed for another season?

I would love to know if there is a season two in the works.

Love the show! Hoping for a second season!!

Like the show “Merry Happy Whatever “, but we HATE the laugh tracks. It is so distracting. Please stop them so we can just enjoy the show!