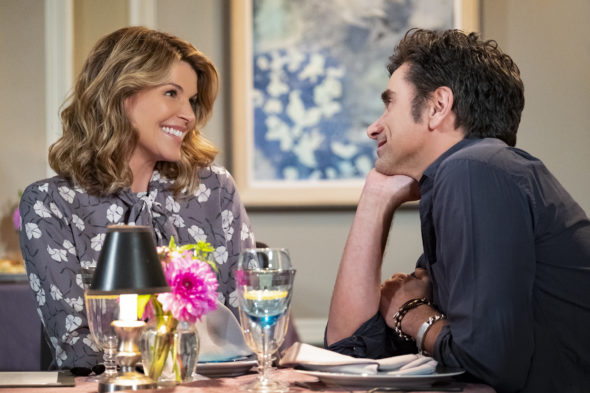 Earlier this week, Loughlin was arrested by the FBI for her alleged involvement in a college admissions scheme. Loughlin played Aunt Becky on Full House and has revived the role for the Netflix sequel series, Fuller House.

While Netflix has not confirmed Loughlin will be absent from the final season of Fuller House, it seems more than likely. Already, Hallmark has cut ties with the actress despite her starring role in their hit TV show When Calls the Heart.

Since the fifth and final season of Fuller House hasn’t even begun production yet, it seems unlikely Loughlin will return. The upcoming season is set to debut this fall on Netflix.

What do you think? Are you a fan of Fuller House? Will it be the same without Aunt Becky?

All Hollywood ppl and ppl with money must already know there kids were DUMB having to pay college ppl to enroll there kids…MY DAUGHTER STUDIED HARD ..to get a scholarship..I hope hallmark does drop her…
ITS A HARD LESSON NEXT.TIME PPL MAKE U R KIDS STUDY INSTEAD OF GIVING THEM UNLIMITED $ CREDIT CARDS

It didnt happen when she was in college she just did the scheme to get her kids into the college. Paid off the school to let her daughter graduate and attended with scholarships that she didn’t even qualify for.

She was arrested for something she just did. Please read so you don’t look stupid.

She didn’t do something wrong “in college.” She bribed a college to acccept her flunky daughter who didn’t have good enough grades to be accepted there in her own. She knowingly and willingly broke the law.

Granted both Lori L and her Husband as well as Felicity H made a bad judgment in getting their Kids in a University and somehow will pay for it. In my opinion they shouldn’t be fired from their jobs over one bad judgment call because they still need to make a living. If it was someone else they get a second chance at their job.

They knowingly broke the law. It wasn’t a “bad judgement call.” I think most people arrested by the FBI would lose their jobs.