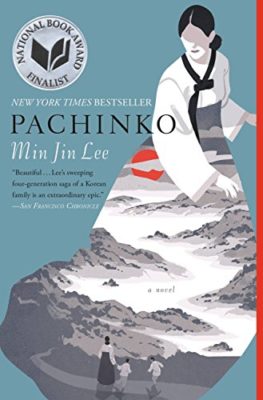 Pachinko is coming to the small screen. Variety reports Apple has ordered a TV show based on the book by Min Jin Lee.

The drama series “chronicles the hopes and dreams of four generations of a Korean immigrant family. The story begins with a forbidden romance and crescendos into a sweeping saga that journeys between Korea, Japan and America. The series will be told in three languages—Korean, Japanese and English.”

Apple TV+ has not announced a premiere date for Pachinko yet, but the series will be written and executive produced by Soo Hugh. Hugh previously worked on season one of AMC’s The Terror.

What do you think? Have you read Pachinko? Will you watch the Apple TV show?