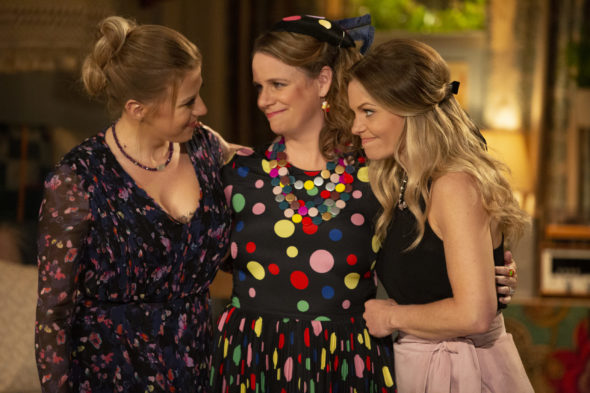 Fuller House is getting ready for its final episodes to air. The series will release its ‘farewell season’ on June 2. The series’ final episode will focus on the triple wedding of D.J., Stephanie, and Kimmy, and fans will see Bob Saget, John Stamos, and Dave Coulier for the big event and more during the season.

There are more surprises planned for the big finale of the Netflix series as well, including another one of D.J.’s exes popping up for the wedding.

Check out the trailer for the final episodes of Fuller House below.

What do you think? Are you a fan of this series? Are you sad to see Fuller House end?

I have watched Full House as a child and Fuller House as an adult. I feel the “She Wolf Pack” grew up with me. Now Netflix is ripping off the band-aid again. Please find a way to revamp the show. Yes we all read the article about that iconic Full House house has been sold. But this could be a good thing to see more growth. Yes we know uncle Jesse has the sofa prop from the living room at his house using it as a baby gate, but so what, again a chance for growth and chànge. I am… Read more »

I still wish that there was another season of The Fuller House. It is a classic series of the original one. It would be interesting to see the new kid growing up into adulthood.

I don’t want the series to end.
I’ve watched Full House and Fuller House and enjoyed every episode . Wish it would continue.

I must agree with Italia Carbone that I also wish that Fuller House was continue into another season.