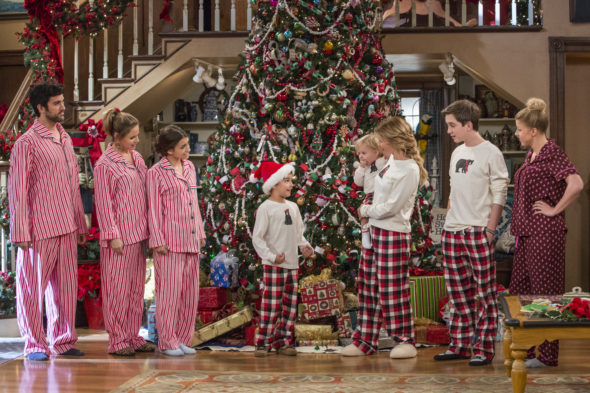 Fuller House is back just in time for the holidays. Netflix just announced the TV show’s fourth season will premiere in December.

Season four of Fuller House premieres on Netflix on December 14th. It’s unclear at this time if this will be the show’s final season or not.

Love the show and the reunion of some very talented actors who seem like they enjoy working with each other again. Even with out the Olsen twins.

We love Fuller House. My granddaughter and i binge watch fuller house when she spends the night. I think we are on our 3rd time watching from the beginning. It is a show i can watch with her that we both enjoy and i dont have to be embarrassed or try to explain whats going on. I watched Full House with her aunt and her father when they were her age. My son my granddaughters father passed away so It kind of helps with DJ and ger boys going through what we have. We love this show staying up late… Read more »

Please don’t cancel this show! It is one of the only bright lights in this time of such incredible political division. Without shows like Fuller House, it is easy to forget the bonds of family, friends and human decency. When our daily exposure to all the divisive political rhetoric, racism extolled by our President, violence in our places of worship and inhuman treatment of families searching for better lives for their children is all our children see on television, Fuller House reminds us of human kindness, family bonds and inclusion. Please contribute to a kinder America by keeping Fuller House… Read more »

Yes I want a 5th season of Fuller House!

I agree! I’d like to see Tommy, Jr. grow up a la Michelle!