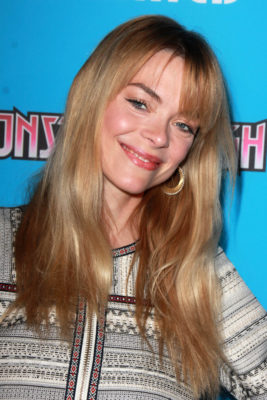 From Z Nation creator Karl Schaefer and John Hyams, the zombie drama stars Jamie King (pictured) “as a mother who is torn from her daughter and embarks upon a harrowing journey, stopping at nothing to find her. Thrust alongside a small group of American refugees, she must brave a hostile new world and make brutal decisions during the most-deadly summer of a zombie apocalypse.”

Netflix has ordered eight episodes of Black Summer. A premiere date has not yet been announced yet.

What do you think? Do you watch Z Nation? Will you check out Black Summer?

I wasn’t real happy with all the title/chapters they added to each episode. Was that to confuse us or to let us know what was happening or who people were. Cause nobody told us the Korean girls name through a title or some others. Poor Ryan couldn’t speak or hear and his death happened cause he didn’t hear the kids say IF he moves shoot him? If you would have heard that maybe he wouldn’t have moved at all and would be alive. Are they paying attention?

I will miss Znation, but I don’t do Netflix. I pay too much for cable. I’m not paying anymore.

Cut the cord, unless you’re a big sports fan you can live without cable!

NO SEASON 6 FOR Z NATION FOR 2019 IS SAD…. BLACK SUMMER IS INTERESTING… IF THIS SERIES BECOMES SUCCESSFUL…… A POSSIBILITY OF A NEW SERIES FROM CONNECTING THE TWO SHOWS WILL ROLL-OUT. I BETTER WATCH BLACK SUMMER!!!!

For sure ill watch black summer but when thet show one season and than cancelled that isnt fair to the fans. Not everyone has netflix is it going to be showing on syfy channel also or some where else?

I am definitely interested! Looking forward to seeing the show!

I love Z Nation. I hope the spin off will be good. I will watch it when it comes on.