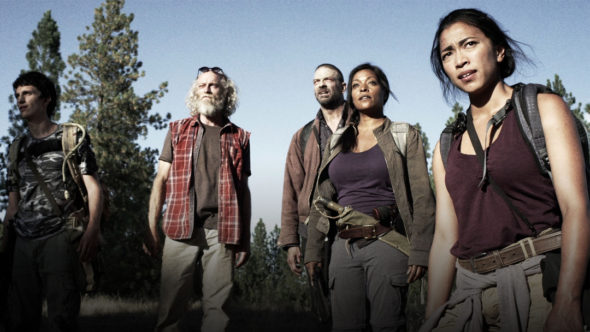 On Z Nation, O’Brian will be playing “Georgia (aka George) St. Clair, a young hero of the Newpocalypse. Just a college Freshman eight years ago as the Zombie Apocalypse began, she helped lead a group of her fellow students and teachers to NewMerica where she is now a political leader as survivors try to form a new country and learn to deal with a new kind of Zombie.”

Season five is expected to premiere on Syfy later this year.

What do you think? Do you watch Z Nation? Are you excited for season five?

Have watched from day one to present. Doc and 10 K are awesome. I always look forward to each new season. Keeping them coming.

this show is fantastic – I heard grace Gillam wont be on season 5 – that is the only downer.

cant wait to see it in Australia . I don’t know when that will be.

but I haven’t missed an episode since it came on air…. season 0ne episode one

Love z nation cant wait to see what comes next.
Why are all the good shows getting cancelled? they arent giving them a chance. Has anyone heard of advertising? If people dont know when their on they wont watch. Please keep people informed

I’m excited about the new season. I can’t wait to see if Addy is alive or dead. What happened? Did Warren kill all thats left of humanity or did she save it? Damn Zona.

Z nation is fun to watch

Can’t wait for the new season. The show has mediocre writers, but the characters are great, and when a storyline actually works (about 1 in 5) it’s a dang good show.

Can’t wait for the new season to start