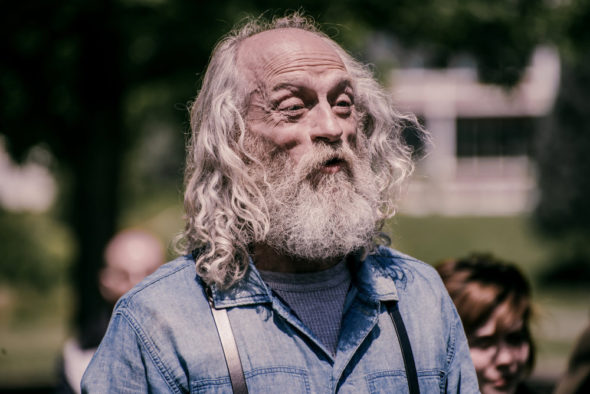 Does the zombie apocalypse continue apace? Is the Z Nation TV show cancelled or renewed for a sixth season on Syfy? The television vulture is watching all the latest cancellation and renewal news, so this page is the place to track the status of Z Nation, season six. Bookmark it, or subscribe for the latest updates. Remember, the television vulture is watching your shows. Are you?

The fifth season of Z Nation averaged a 0.13 rating in the 18-49 demographic and 456,000 viewers. Compared to season four, that’s down by 24% in the demo and down by 23% in viewership. Find out how Z Nation stacks up against the other Syfy TV shows.

Will Syfy cancel or renew Z Nation for season six? The series remains in middle of the pack when it comes to Syfy’s scripted series so I’m leaning toward a renewal. For now, I’ll keep an eye on the ratings and update this page with breaking developments. Subscribe for free updates on any Z Nation cancellation or renewal news.

What do you think? Were you hoping that the Z Nation TV show would be renewed for a sixth season? Are you sorry that Syfy cancelled this TV series, instead?

Please listen to the people add another one a closer

Please bring back z Nation I love the show

Please bring z nation back me and my group of friends are obsessed, you guys need to understand a lot of people don’t have cable anymore and we watch it on the replay on Netflix!! This show is amazing! Bring back z nation !!!!!