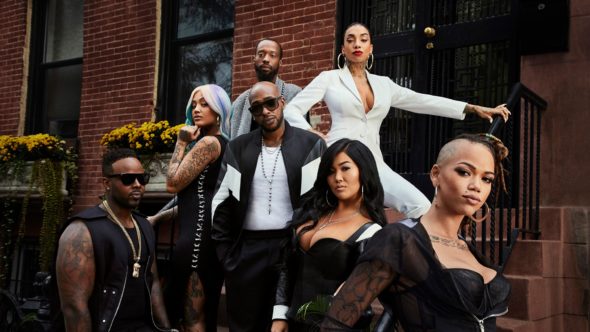 The Black Ink Crew is back. This week, VH1 announced the TV show will return for a seventh season in September.

New York, NY (August 20, 2018) – VH1, in partnership with Big Fish Entertainment, announce the return of its highly-anticipated, hit series “Black Ink Crew” on Wednesday, September 19th with a two-hour premiere at 9PM ET/PT. The “Black Ink Crew” franchise consistently dominates Wednesday nights – ranking as the #1 non-sports cable program in its time period with P18-34. New episodes will continue to air in its regular timeslot on Wednesdays at 10PM ET/PT.

After six years of inking their place in the New York tattoo scene, this season follows the crew as they set their sights on the future to grow their empires and families.

In the new season, Black Ink’s head honcho, Ceaser, continues his reign as the tattoo king of New York while also opening the doors to his fourth shop in the Big Easy. The New Orleans hub is an upscale 24-hour tattoo parlor, bar and restaurant that is bound to become a scene staple. Sky is more committed than ever to her newfound relationship with her son, Des, which she’s balancing along with the launch of the new shop. After their sex tape scandal, Donna and Alex are tighter than ever as they work to build a substantial relationship. Young Bae begins her journey to U.S. citizenship and welcomes her first bundle of joy. Walt’s path to sobriety is tested when he heads to New Orleans and is tempted by the party scene. O Sh*t cooks up solo plans as he voices frustrations with the New York shop. Melody, now a mother, hopes to connect with her family after finally embracing her biracial identity.

Fans can catch up on the latest episodes of “Black Ink Crew” at VH1.com and the VH1 App. Download now on the App Store, Google Play and partnering digital media players for free.

What do you think? Are you a fan of Black Ink Crew? Will you check out the new season?

Show should not allow ceasar and teddy to get away with the way they did Alex.I am only one that will nevet watch again but there are alot of me. Believe that
Thats why Ryan us doing better than ceasar because ceasar still want.to be a thug not business owner .real men grow up.