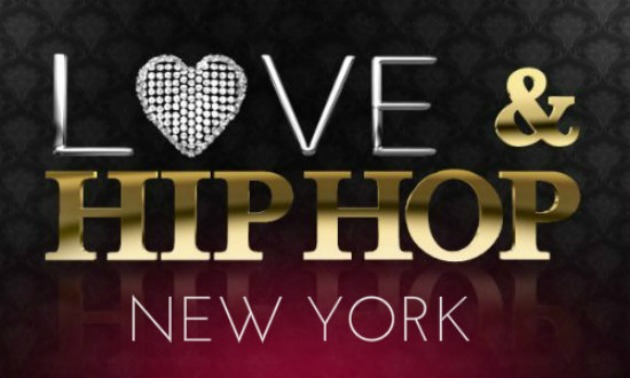 Get ready for a new season of Love & Hip Hop: New York! Season eight of the reality series will premiere later this month on October 30.

VH1 revealed more about the new season of Love & Hip Hop: New York in a press release. Check that out below.

Remy Ma – fresh off her win at the BET Awards as Best Female Artist and with her position in the hip hop game solidified, Remy’s mission is to push unity for women in hip hop and show an overly-masculine world that women can have and do it all. She is ready to get the IVF process started and give Papoose the baby he’s been asking for. But will their busy schedules get in the way of the couple’s dream to start a family?

The career driven Yandy Smith-Harris has been holding down her family while her man Mendeecees is in prison. As Yandy gears up to reignite her EGL brand and get back to the grind, Mendeecees struggles with his wife giving her all to a very demanding career while he languishes in prison awaiting a potential 2018 release. Will their trust be broken when he starts to overstep his boundaries?

Always an open book, popular hip hop singer “Lil Mo,” has joined the cast with her new husband, gold medal winning boxer & Welterweight champ, Karl Dargan. With over two decades in the music industry, Mo is hard at work on her sixth solo album while juggling her third marriage and blended family. But will the cheating rumors floating around threaten the couple’s happily ever after?

Safaree returns to New York ready to bring his talents back to the city that raised him and be with his family. Focusing all of his energy on the launch of his coconut oil and men’s boxer brief line, he’s ready to get down to business and possibly find a new fling.

Newcomer Anais is already a star in the Latin market, but the over-the-top, sexy Dominican singer is ready to make her debut on the New York scene. Managed by powerful hip hop attorney Navarro Gray and his girlfriend Ashley Diaz, Anais poses a threat to any relationship. Despite her marriage to an older man, she can’t hide her flirtatious ways.

Harlem rapper Jaquae been making a name for himself with catchy singles and noteworthy collaborations with some of hip hop’s heavyweights. While still getting adjusted to the newfound fame that comes with success, he’s hooked up with former video vixen Sophia Body – a girl with an infamous dating history. Will his friends ever support his new romantic relationship or is the couple in for a bumpy ride?

The talented Bianca Bonnie is back, but continues to be sidetracked by her personal struggles and a slick tongue. How will she respond when another young, hungry female rapper, Brittney Taylor who is tied to her past, tries to take her spot? How will they react when they finally run into each other after their last tense encounter?

Following her breakup with her J. Adrienne last year, Snoop hopes to settle down with the right woman and start a family soon. While she looks for a new flame, building her label Gorgeous Gangster Records remains her top priority.

After a recent health scare earlier this year, Rich Dollaz has changed his outlook on life and is now ready to put 100% of his focus back into Dollaz Unlimited.

After the success of her book “Secrets of a Jewel,” Juju plans to turn it into a play and recruit some of her fellow “Love & Hip Hop” cast mates to star in it.

From the streets to the clubs, Power 105.1’s DJ Self is making moves and providing the soundtrack for a good time. Looking to expand his Gwinin Entertainment empire, DJ Self recently added new artist Dreamdoll to his talent roster.

Already an artist under Gwinin Entertainment, MariahLynn is gearing up for the release of more music but will her new boyfriend James R become more of a distraction?

Image consultant Jonathan Fernandez began his career at age 16 working with the biggest names in the industry. Now starting his own makeup line, By Jonathan Cosmetics, he returns to his hometown of New York to reunite with old friends and explore his new relationship with up and coming R&B singer Trent Crews.

Are you a fan of Love & Hip Hop: New York? Will you watch season eight? Tell us what you think.