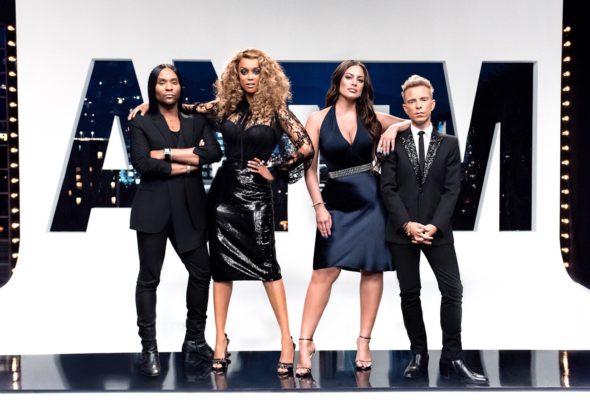 The boss is back. Season 24 of the America’s Next Top Model TV show premieres on VH1 on Tuesday, January 9, 2018 at 8:00pm ET/PT. Watch a promo, below. Tyra Banks is returning to the competitive reality TV series. She’ll join returning judges Ashley Graham, Drew Elliott, and Law Roach.

Watch the ANTM promo and learn more from VH1.

NEW YORK, NY (Dec. 8, 2017) – VH1 announced today that the highly anticipated new season of “America’s Next Top Model” with Tyra Banks will premiere on Tuesday, January 9th at 8PM ET/PT.   For the first time in franchise history, there will be no age limit as well as more contestant diversity than ever before.

VH1 is the dominant pop culture brand for adults 18-34. The network is available in 93 million U.S. households and has an array of digital channels and services including the VH1 App, VH1.com, @VH1 and Love &Hip Hop: The Game. VH1 is a unit of Viacom Inc. (NASDAQ: VIA, VIAB).

What do you think? Do you still like the America’s Next Top Model TV series? Do you plan to check out season 24 on VH1?