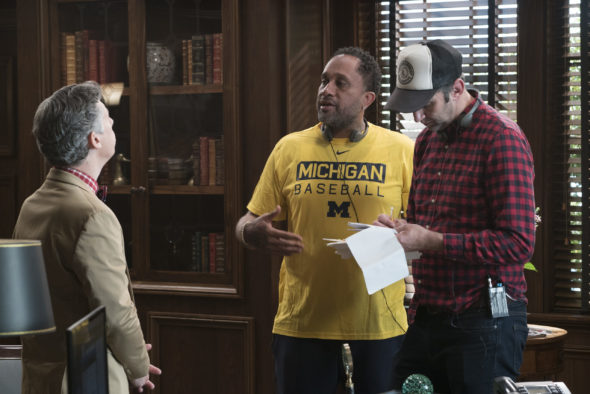 ABC’s Black-ish already has two spin-off series, and there is a chance fans could see a third in the future. Grown-ish landed on Freeform while prequel Mixed-ish also airs on ABC.

“We’re brewing it, yeah. It’s something I’m really super excited about. Yeah, we’re brewing it, and hopefully it gets done, and adds to that world in a really special way.”

Barris now has a deal with Netflix. Could that be a problem? He said, “Not if I stay, contractually if I stay within that world. No. It’s actually sometimes a little bit nicer to go and do network television because it’s a little bit freeing in a different kind of way because you get to tell different kinds of stories.”

What do you think? Would you watch another spin-off in the Black-ish world?

Sure, I’ll give it a watch if it looks interesting

I Love This Show PLEASE MAKE ANOTHER SERIES. YOU ARE SO GREATTTTT.

I think he is a genius

My bestfriend and I watch grownish together at college, so I like that spinoff. There are so many though, maybe we could lay off the spinoffs and not go full blown “Happy Days.”

I don’t watch Black-ish like I used to and every once in a while, I watch re-runs of it but I’ve never been into the spin-offs. I’m not big on spin-off shows anyway (except Family Matters). I imagine one could be about Dre as a kid and following his upbringing with Ruby and Pops, but even so I’m not sure I really want that. But whatever.

Blackish was never a huge hit & is waning now. Mixedish not doing that well & was lucky to get renewed. Grownish does marginal even for cable standards. So enough already! Greed the only factor to milk this now it seems!

Stop With The Spin-Offs

They need to stop with the spin-offs. The show isnt even that good to warrant like 20 spin-offs. This is nothing but a cash grab for these people now.

Give the people what they want but they don’t

Good grief this is never going to end