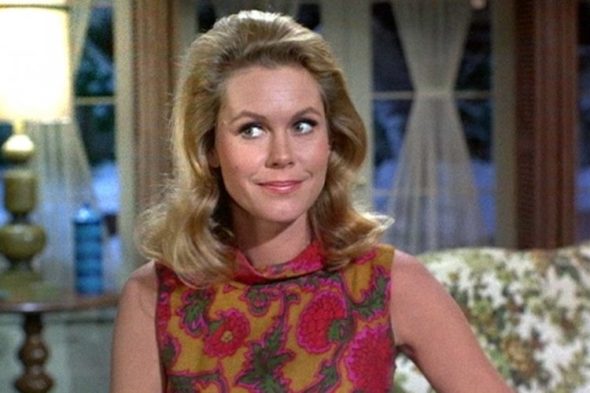 The original sitcom ran on ABC from 1964 to 1972 and starred Elizabeth Montgomery as Samantha, a witch trying to live a normal life with her non-magical husband, Darrin. The cast also included Dick York, Dick Sargent, Agnes Moorehead, and David White.

ABC Studios is producing the project alongside Sony Pictures TV.

What do you think? Are you a fan of the original Bewitched? Would you watch the reboot?

“Bewitched” was a fun show. I wouldn’t watch the new rehash because I enjoyed the original actors including Dick York.

No, I will definitely not waste my valuable time watching the described remake and clear disrespect of a classic tv show.

Growing up watching “Bewitched”was a truly enchanting experience,but I have what I think is a better idea,than merely redoing a classic;an idea which very rarely works. I do,however have an idea that I think you should consider as an alternative.Then you can,after reading my pilot episode<decide for yourselves what to do about it all!BLE$$ED BE,Mark O'Harps

But the original show wasn’t great in so many ways and hilarious and with great writing and entertaining and the personality of Elizabeth Montgomery really put it all together. She was a true intelligent and talented comedian- subtle but powerful. She would be hard to replaced along with the chemistry’s of her real Truc daughter. That would be hard and impossible to recreate Elizabeth Montgomery- but who knows ! It would be a great challenge. Good luck