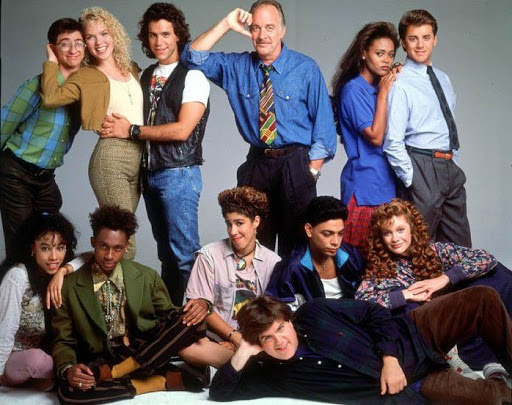 Get ready to go back to head of the class. HBO Max is working on a reboot of Head of the Class, which aired during the 1980s. Per Variety, the network has ordered a pilot to be produced and five additional scripts written.

The series reboot for HBO Max “is about a group of overachieving high school students who meet their greatest challenge — a teacher who wants them to focus less on grades and more on experiencing life.”

For the reboot, “Amy Pocha and Seth Cohen serve as writers, co-showrunners and executive producers on the prospective half-hour, multi-camera family comedy.”

The original 1980s sitcom aired for five seasons on ABC. There were 114 episodes aired before the series ended.

What do you think? Were you a fan of the original series? Will you watch the reboot?

This was one of my favourite sitcoms ever. I used to watch it with my mum when I was a kid. I hope they do it justice and I can’t help but be hyped for the reboot! Bring it on!

terrible idea, the original was classic , the “reboot” is going to be nothing more than “political correctness” at light speed, with more focus on “diversity/inclusion/ and gay/transgender” characters, the main focus ,COMEDY, will take a far back seat to the “statements” it will try to make, we have been FLOODED with this in EVERY tv show now, putting these “stories / characters” in just to have them, takes away from the story. sorry but when i want to see a comedy, i want to laugh and escape the “real” world politics, for a bit, not be slammed with society… Read more »

4
-1
Reply
Cameron
Reply to  NO THANKS

I agree on the pc part.Nobody I know likes that in their shows.

I can’t wait to see how good the reboot of the New Head of the Class will be like. It will be very interesting if any of the original cast will pop up in the new series.

Yes, I watched & liked the show. Favorite episode: Grease, Little Shop of Horror, Hair & the Poltergeist. I was in love with Eric (Brian Robbins) and Alan (Tony O’Dell). I think the original cast members should return with guest appearances as teachers, counselors or even parents of the new class.