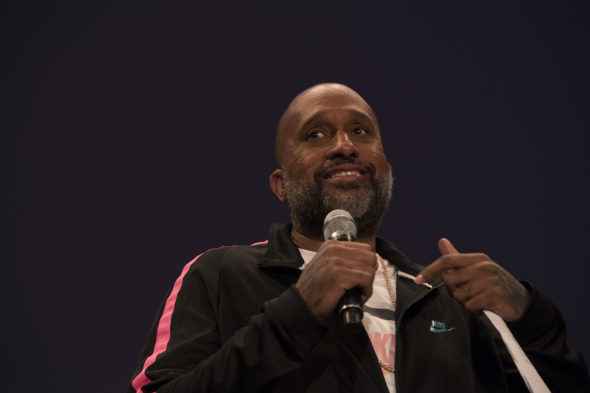 Black-ish creator, Kenya Barris (pictured above) isn’t just doing well at ABC. He’s knocking it out of the park at Disney-ABC’s cable network, too. Today, Freeform, which already has Black-ish spin-off Grown-ish, ordered the Besties TV show to series. The comedy comes from Barris and co-creator Ranada Shepard. For now, the start date is TBD.

A Freeform sitcom, Besties delves into issues of identity, race, and class, through the lens of a lasting friendship. Learn more about Besties, season one, from this Freeform TV show description.

Besties, a half-hour multi-camera comedy from co-creators Kenya Barris and Ranada Shepard has been ordered to series by Freeform following the enormous success of Barris’s breakout coming-of-age show, grown-ish, the #1 cable comedy season-to-date (women 18-34.) This multi-cam sitcom explores friendship, identity, race, and class as two lifelong best friends use each other to get through some of the toughest challenges that they will ever face – figuring out who they are and who they want to be. Kenya Barris and Ranada Shepard are executive producers; the series is produced by ABC Signature Studios.

What do you think? How do you like the sound of the Besties TV series? Do you plan to check it out when it debuts on Freeform? Who would you like to see cast in this new comedy?