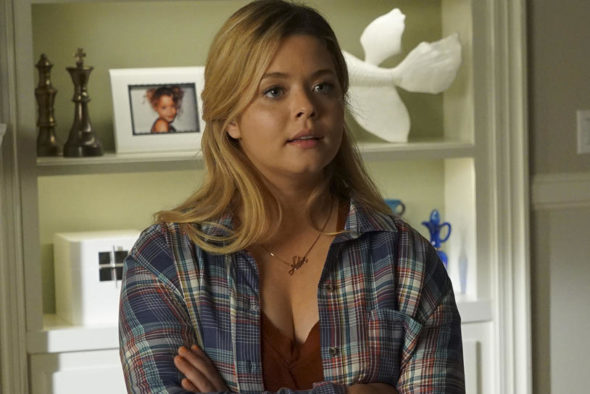 Titled Pretty Little Liars: The Perfectionists, the drama is based off the book series of the same name and will see Sasha Pieterse and Janel Parrish reprise their roles as Alison DiLaurentis and Mona Vanderwaal, respectively.

Read more details about the spin-off from Freeform below:

“At Freeform, we are committed to delivering shows that push boundaries and become a part of our viewers’ lives. ‘Pretty Little Liars’ was a cultural phenomenon so it’s no wonder fans wanted more.” said Karey Burke, executive vice president, programming and development, Freeform. “We can’t wait to continue Marlene King’s rich and revolutionary storytelling with a new crop of leading ladies from Beacon Heights who will hold just as many secrets and lies as Rosewood did.”

“I’m beyond excited to continue my collaboration with Sara Shepard, Alloy, Freeform and Warner Horizon,” says Marlene King. “I can’t wait to introduce our fans – and Sasha and Janel – to a new world of thrills and chills in Beacon Heights.”

“Pretty Little Liars” stars Sasha Pieterse (“Inherent Vice”) and Janel Parrish (“To All the Boys I’ve Loved Before” and is currently starring in a production of “Grease” in Toronto) are set to reprise their original roles in the new pilot. In “Pretty Little Liars,” Pieterse played Alison DiLaurentis, the former queen bee whose mysterious disappearance rocked the small town of Rosewood. Parrish played Mona Vanderwaal, Hanna Marin’s best friend, who was unmasked as the mysterious tormentor “A” at the end of the show’s second season, and ultimately beat uber-villain, A.D., at her own game.

A hit throughout the course of its seven seasons, “Pretty Little Liars” ranked as cable TV’s No. 1 drama across target 18-34 and 12-34 measures during its final season, winning its time period in each of its 160 originals in the key demographics. To boot, the show that revolutionized the relationship between TV and social media, “Pretty Little Liars” remains the No. 1 most social TV series for 2016/17 season to date with 266 million engagements (despite wrapping at the end of June), and still accounts for the Top 6 most tweeted scripted cable TV telecasts in the platform’s history.”

What do you think? Are you a fan of Pretty Little Liars? Would you watch the spin-off series?

Should have seen this coming, given that Pretty Little Liars is the biggest show they’ve ever had. Interesting to see how Mona and Ali will tie in to the new series. Given the incredibly lackluster series finale, however, I have no high hopes for this pilot if Freeform picks up the series.