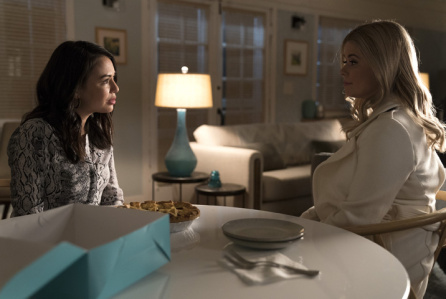 From I. Marlene King, the drama “is set in the town of Beacon Heights, a seemingly perfect town where a group of three college friends struggle with the stress of being overachievers. In the aftermath of the town’s first murder, each Perfectionist hides behind a secret, a lie and an alibi.” Janel Parrish, Sasha Pieterse, Sofia Carson, and Sydney Park star.

Freeform has ordered 10 episodes of Pretty Little Liars: The Perfectionists; no premiere date has been announced yet.

What do you think? Are you a Pretty Little Liars fan? Will you watch The Perfectionists?