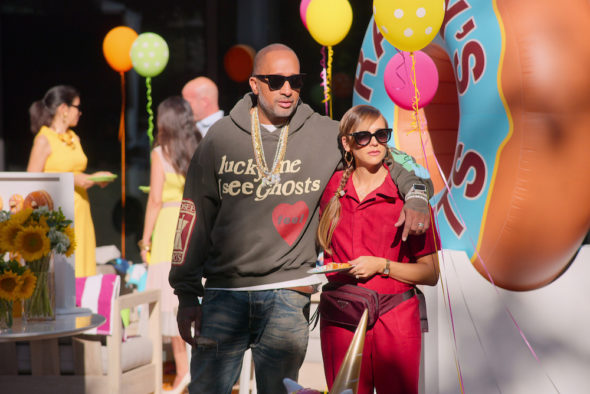 #BlackAF is not going anywhere. The comedy series has been renewed for a second season. Kenya Barris and Rashida Jones star in the series which is loosely based on Barris’ own life. Barris is the creator of ABC’s Black-ish, Freeform’s Grown-ish, and the co-creator of ABC’s Mixed-ish)

“Inspired by Barris’ irreverent, highly flawed, unbelievably honest approach to parenting, relationships, race, and culture, #blackAF flips the traditional sitcom family on its head. Pulling back the curtain, the series uncovers and explores the messy, unapologetic and often hilarious world of what it means to be a ‘new money’ Black family trying to get it right in a modern world where ‘right’ is no longer a fixed concept.”

A premiere date for season two of #BlackAF was not revealed.

What do you think? Are you a fan of the #BlackAF TV series? Have you been watching Barris’ other shows?

#BlackAF is brilliant, Kenya Barris is genius, watch all his network shows too