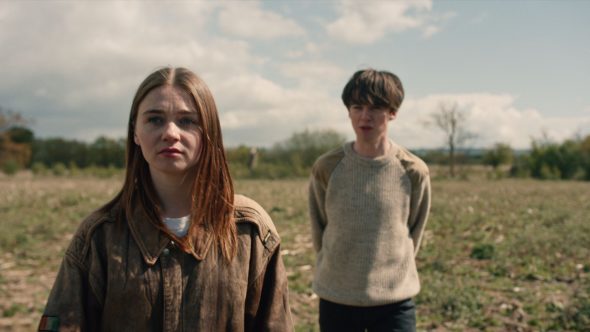 The End of the F***ing World isn’t ending anytime soon. This week, Netflix announced they’ve the TV show for a second season.

The dark comedy follows “two teenagers [as they] embark on a road trip to find a better life, and escape the impending doom of adulthood.” The cast includes Alex Lawther and Jessica Barden.

Netflix has not yet announced a premiere date for season two of The End of the F***ing World, but you can read more info below:

– The critically acclaimed Emmy-nominated Netflix original series, The End of The F***ing World will return for a second season

– The End of The F***ing World was co-commissioned by Netflix and Channel 4.

– Season two will be produced by Clerkenwell Films and Dominic Buchanan Productions.

Series Synopsis: Based on the award-winning graphic novel, adapted by acclaimed newcomer Charlie Covell, the eight episode first season follows James (Alex Lawther, Black Mirror) and Alyssa (Jessica Barden, Penny Dreadful) – a self-proclaimed psychopath and a foul-mouthed rebel fed-up with her boring life. The two embark on a roadtrip to find a better life, and escape the impending doom of adulthood. As their chaotic journey unfolds, it becomes apparent that James and Alyssa have crossed a line and have no choice but to take it as far as they can…”

What do you think? Have you seen The End of the F***ing World? Will you watch season two?