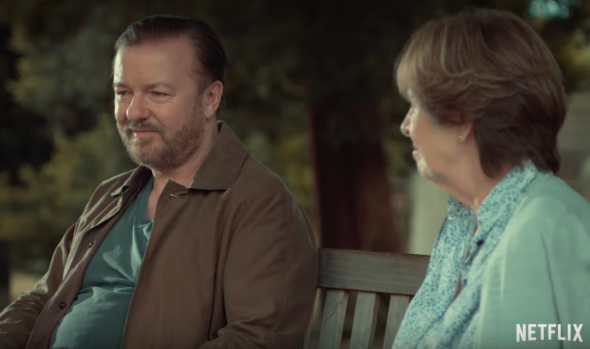 “The world would be a better place without us.” Netflix just released a new trailer for their upcoming TV show After Life.

The dark comedy stars Ricky Gervais as Tony, a man who recently lost his wife and decides to “live long enough to punish the world by saying and doing whatever he likes from now on. He thinks it’s like a Super Power — not caring about himself or anyone else — but it turns out to be tricky when everyone is trying to save the nice guy they used to know.”

After Life debuts on Netflix on March 8th.

What do you think? Are you a fan of Ricky Gervais? Will you watch his new series?

I love Ricky Gervais. Look forward to this show