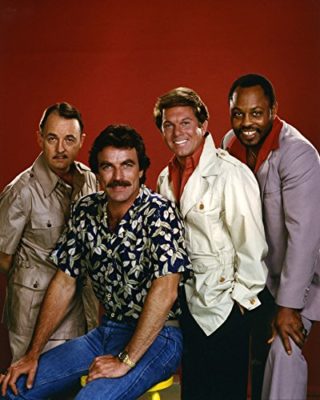 On CBS’ Magnum P.I. reboot, Mosley will be playing “Booky, a Vietnam vet and barber to whom the “new” T.C. (played by Stephen Hill) goes for sage advice (and a great haircut).”

What do you think? Are you watching the Magnum P.I. reboot? Do you want a second season?

Hope the show gets renewed for a Third Season –

Yes, glad to hear of 2nd season. Like the new Magnum P.I. will they be having any one from the original Magnum like Roger Mosley?? How about the original Rick.

I didn’t care for it at first but I’m liking it, watching it every week so please renew.

Grest show. we love the banter between Magnum and Higgins. beautiful scenery.

Great show with combined old and new. Love it.

Magnum p.i. Started out as not so great but then starting with S1E9, the show started getting a whole lot better. Now I watch it every week. Please don’t cancel it!

Tried hard to like the reboot but it is dreadful. The so called actor playing the lead has as much personality as a tree stump. This needed to be put out of its misery now……….

I watch Magnam PI every week. The stories are good and I like Jay Hernandez.

The reboot is more silly than dramatic.
After watching Tom Selleck 6’4″ than the new Magnum, maybe 5’6″ with lifts, I can’t stop laughing. He’s just not believable. Jay Hernandez is a great actor, just not for this role.

Yes! Please, a second season. We are greatly enjoying this TV show. Thank you.

I was a big fan of the original and wasn’t sure about a reboot, but I have to say I really like it! I wasn’t sure about a female Higgins either, but I think Perdita Weeks is great and like the banter between Jay and her. The cast works well together, and the addition of Tim Kang was good too. Definitely want a season 2 CBS!